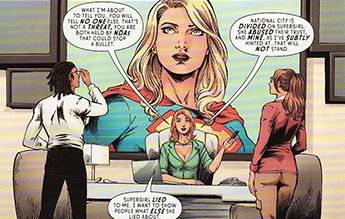 Introduced in The Adventures of Superman #424 (January 1987) by the creative team of writer Marv Wolfman and artist Jerry Ordway, Cat had built up a gossip column in Los Angeles.