A Saga of Sisterhood in Brian K. Vaughan's Paper Girls 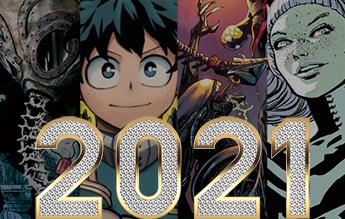 17 Exciting Things To Look Out For! Here's what the internet is already buzzing about in 2021.

Skyward Creators Explore the Terror Within Shadows in Shadecraft
Dec 11, 2020

Skybound Kicks Down the Door this March with Ultramega Kaiju Action
Dec 08, 2020