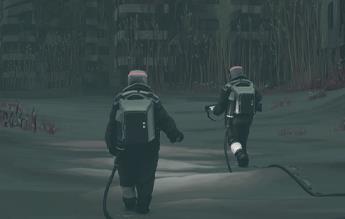 Image/Skybound to Publish Narrative Art Book 'The Labyrinth' by Simon Stålenhag
May 03, 2021

The Labyrinth transports readers to a world covered by ruins and ash, the remnants of an otherworldly phenomenon that has ravaged the earth’s atmosphere and forced its few survivors deep underground.

'Deadly Class': The Creators Drop Their "Save Your Generation" Mixtape
Apr 27, 2021