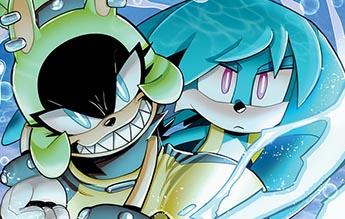 As the Sonic the Hedgehog #50 Milestone Approaches, The Evil Dr. Starline Raises the Stakes in an Electrifying Tie-In Story!