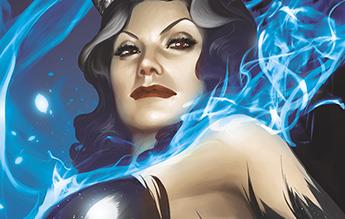 If you missed the first printing or just want another piece of gorgeous Julius Ohta art for your collection, you can grab the second printing of MADAM SATAN #1 in comic shops on November 25.