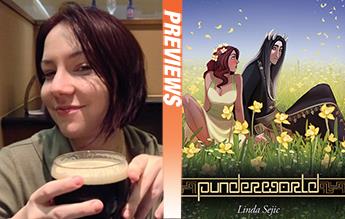 Linda talks to us about a title she writes and draws, Punderland. A unique take on Greek mythology that revels in the awkward moments of love-struck gods and goddesses.