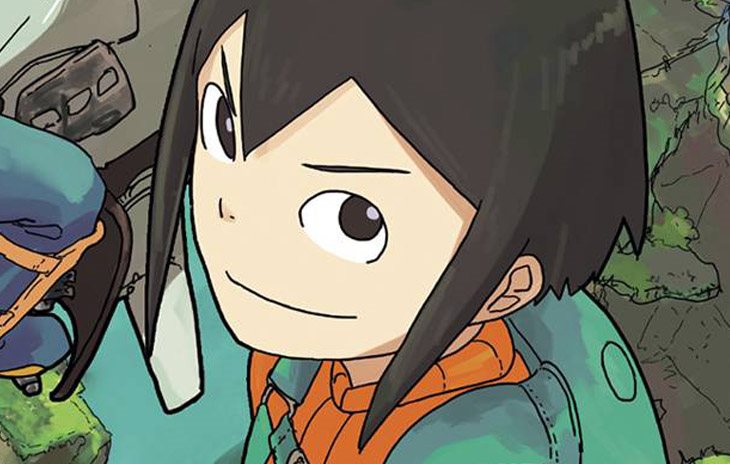 The neighborhood cock of the walk is more than just an ordinary rooster-he's humanity's greatest defender!

The big powers converge as Luffy, Law and Kid face off against Kaido and Big Mom.

From the TV anime, Jujutsu Kaisen, Kotobukiya presents a scale figure of Maki Zen'in! She comes to life in a powerful stance, gripping the special grade cursed tool Playful Cloud.

Welcome to DEATHWISH. A graphic and chaotic comic about life, death, suicide, and the other side. Brought to you by the creator of ZOMBIE MAKEOUT CLUB.

From the TV anime Shaman King, the main character Yoh Asakura has been three-dimensionalized on a 1/7 scale!

Toy Gallery: Kotobukiya Presents Levi From 'Attack on Titan'
May 12, 2022

An all new rendition of the world's most valiant squad captain of the Special Operations Squad in the Survey Corps joins Kotobukiya's ARTFX J series!

The Pop Up Parade figures from Persona 5 are back for a re-release! Pop Up Parade is a series of figures that are easy to collect with affordable prices and speedy releases!

Options include a head, hands, and a tail designed to replicate his appearance when absorbing enemies!

Seven Seas Entertainment is excited to announce the American release the manga series 'MoMo -the blood taker-' by Akira Sugito.

When the verdict is destruction, the final battle between the gods and mortal heroes will decide the survival or extinction of the human race.

Inferno Armor, the armor that came forth from the void, is now here in the CHOU-DAN-KADOU action figure series! Available for pre-order today!

Whether he's teaming up with new heroes, battling gods, attending concerts, or being repeatedly dismembered, Deadpool always brings chaos and his characteristic sense of humor along with him!