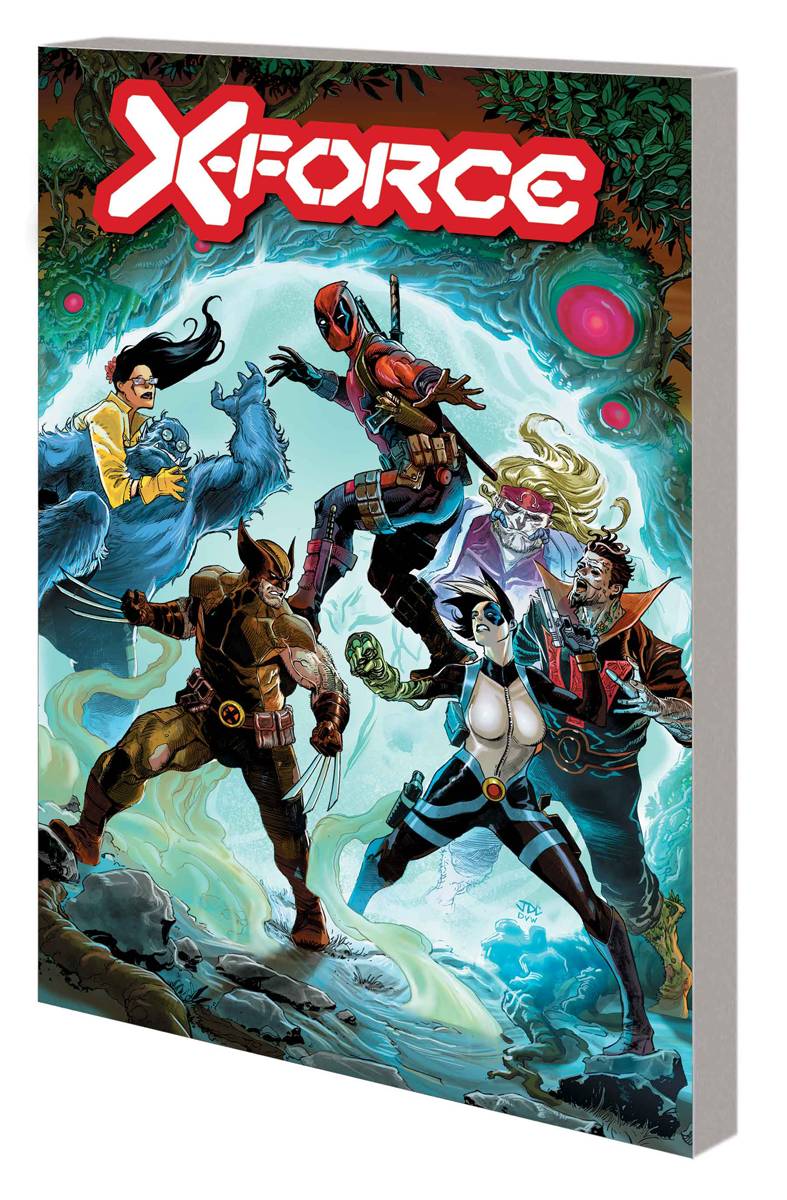 #
SEP221144
(W) Ben Percy (A) Robert Gill (CA) Joshua Cassara
ON SALE DECEMBER 2022
Enter Cerebrax! As Wolverine returns to Krakoa, a mind-melding new threat grips the island via a security flaw that X-Force will have to patch - with extreme prejudice! Where does Cerebrax come from, and what does it want with Forge? Its hunger for minds is insatiable - but when Cerebrax absorbs the consciousnesses and powers of Krakoa's most powerful mutants, X-Force will need to step it up, big time! But just as Quentin Quire starts to live up to his potential, Cerebrax targets the biggest mutant of all: Krakoa itself! A fight this big is going to take all the power Xcan muster! Plus: Now that Earth has a new dominant species in mutantkind, it's time for Kraven the Hunter to prove once more that he remains the apex predator! Collecting X-FORCE (2019) #27-33.