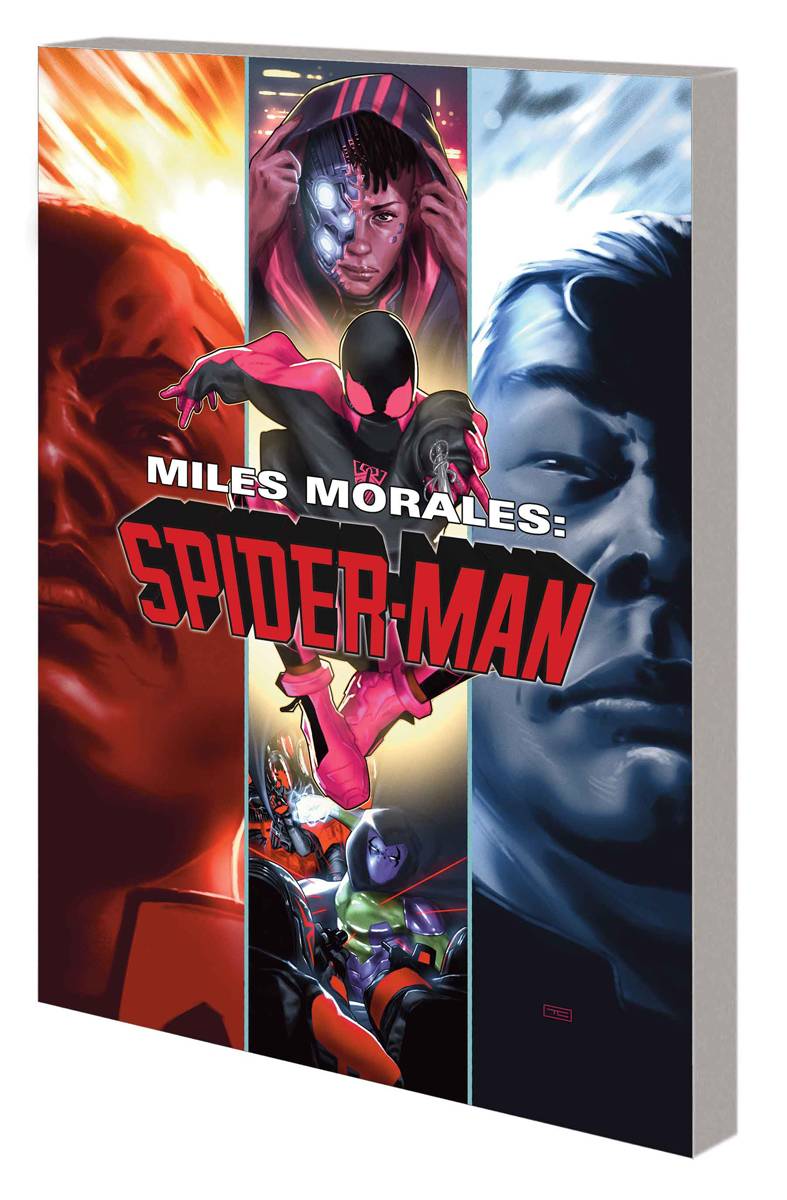 #
SEP221133
(W) Saladin Ahmed (A) Christopher Allen, Various (CA) Taurin Clarke
Miles Morales and Shift embark on an interdimensional quest! Their first stop is Brooklyn - but not the one they know. They're entering the Empire of the Spider! Prepare to discover a horrific timeline where Miles' clone Selim rules with an iron fist! The only thing standing in the way of this evil Spider-Man's oppressive regime is a rebellion led by some familiar faces: General Ganke Lee and a very grown-up and extremely badass Capitán Billie Morales! But who else from Miles' family is out there? And what is he prepared to sacrifice to save the ones he loves? The Miles and Shift who set out on this journey through the Multiverse aren't going to be the same people who come back. Why is that? Ask Ultimatum! Collecting MILES MORALES: SPIDER-MAN #37-42.