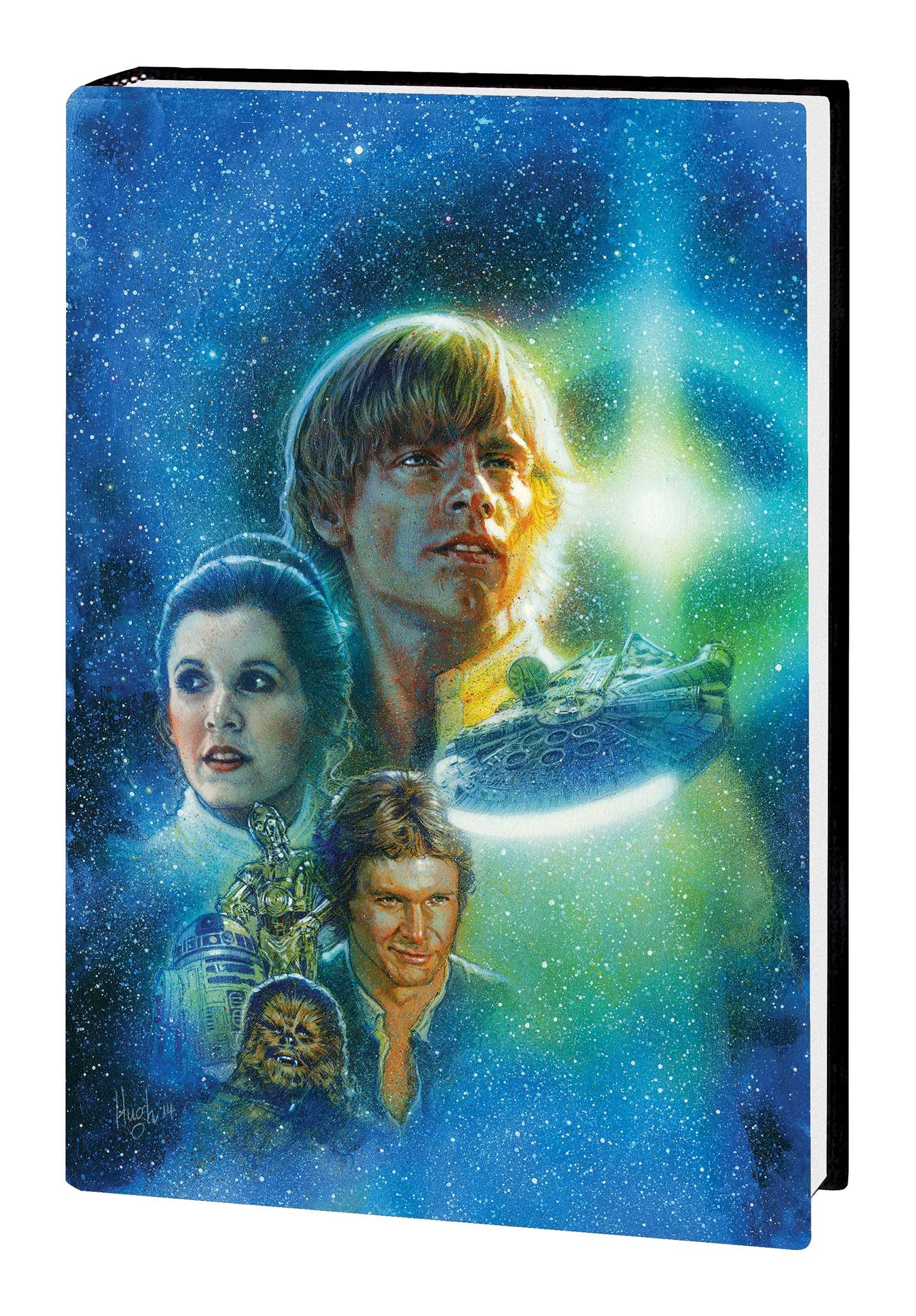 #
SEP221117
(W) John Wagner, Various (A) Cam Kennedy, Various (CA) Hugh Fleming
In the immediate aftermath of A New Hope, the rebels have won a major battle against the Empire - and now they must win the war! Darth Vader is obsessed with discovering the identity of the rebel pilot who destroyed the Death Star, but as Vader and Luke Skywalker's destinies begin to intertwine, neither can predict how their fates are tied together - even as the fallen Obi-Wan Kenobi haunts them both! Meanwhile, Princess Leia works to rebuild the rebel forces - and has plans for a secret X-Wing squadron of her own! And while Luke and Wedge Antilles infiltrate the Imperial fleet, Han Solo and Chewbacca have their hands full against the bounty hunter Boba Fett! Collecting STAR WARS: EMPIRE #7, #14 and #16-27; STAR WARS: VADER'S QUEST #1-4; STAR WARS (2013) #1-20; STAR WARS KIDS (1997) #1-11, #12 (A STORY) and #13-20 and STAR WARS 3-D #1-3.
Rated T
In Shops: Mar 15, 2023
SRP: $125.00
View All Items In This Series
ORDER SUBSCRIBE WISH LIST