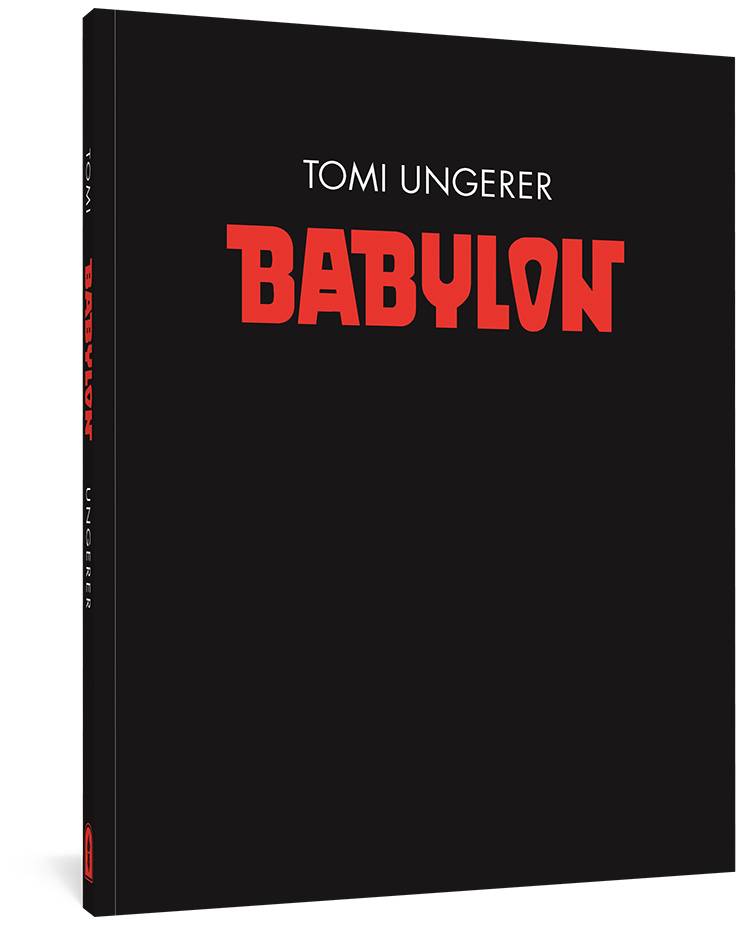 #
SEP211542
(W) Tomi Ungerer
This collection of drawings and one-page cartoons by the internationally infamous cartoonist (and beloved children's book author) is a universal condemnation of human rottenness.
The third book in Fantagraphics ongoing project to reprint Tomi Ungerer's 1970s-1980s satirical work, Babylon may be the most sobering collection so far, an example of his humor at its blackest. Drawn entirely in pencil, these fully rendered images, reproduced in lush, dense, gray tones, rival the satirical vitriol of his anti-war posters of the previous decade, radiating repulsion at what human beings can do to one another in the guise of "civilization." Taking on a political and social hue, his contempt for the ruling class etched on virtually every page, Ungerer depicts the bourgeoisie as vassals of the ruling class - members of a
voyeuristic tribe who accept their position as the natural order of things and take glee in the subordination of those beneath them and the exploitation of those who make their position possible. Trendy spiritualism and religious quackery are skewered. Several drawings show
people desperately trying to improve their appearance by putting lipstick on or having plastic surgery, clearly a transparent attempt to hide their inner ugliness. This denouncement of bad behavior is as sadly relevant today as it was in 1979 when this book was first published, as we have proved over these last four years. It is another uncompromising moral statement by Ungerer in the form of a series of masterful images. "There's one thing I can tell you for sure," he once said. "There's no such thing as a sheltering sky." And Babylon proves he means it.
In Shops: Nov 03, 2021
SRP: $24.99
ORDER WISH LIST