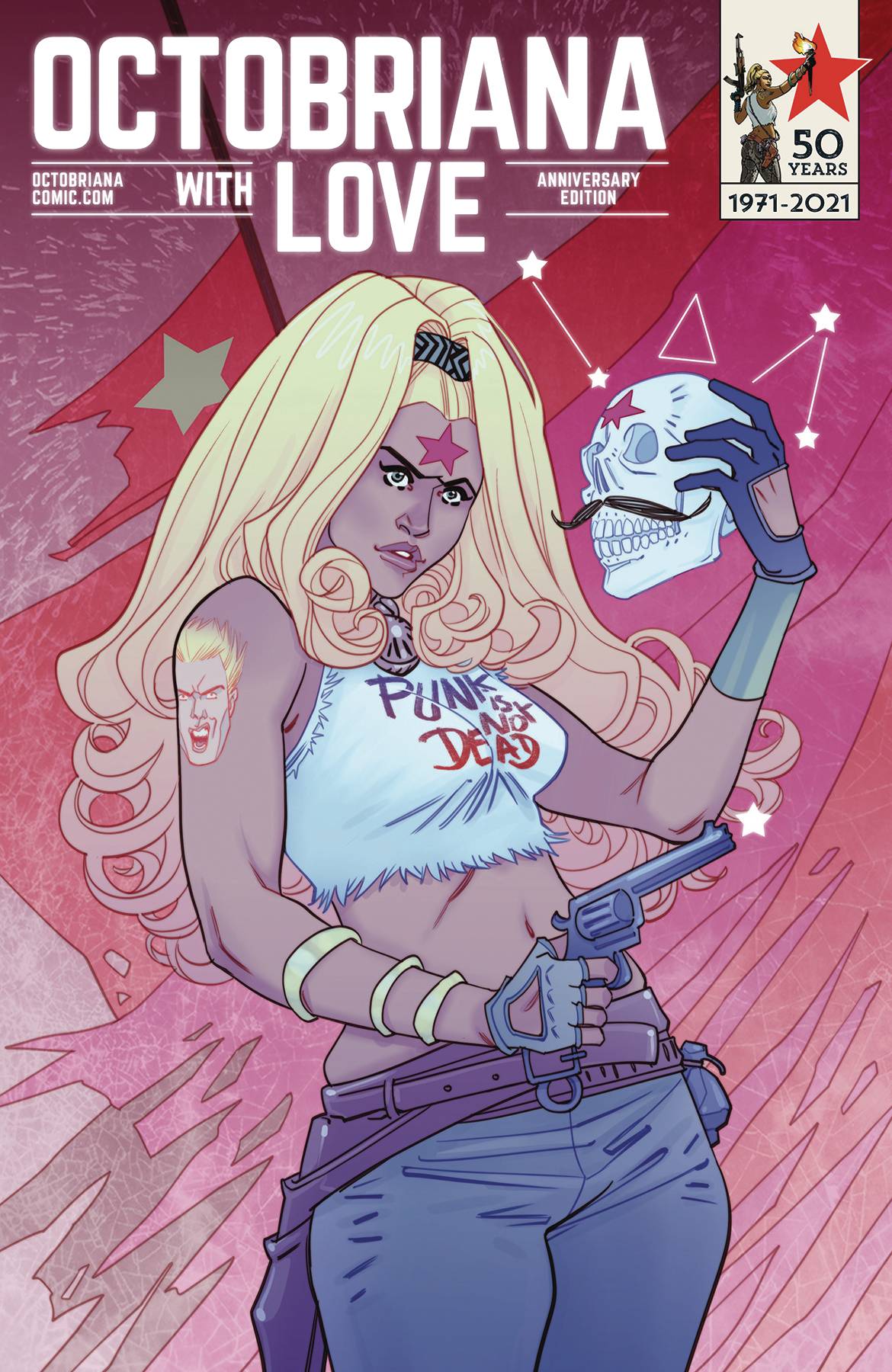 #
SEP211446
(W) Stephanie Phillips, Stuart Taylor, Andrea Towers (A) Simon Fraser, Marc Laming, N. Steven Harris, Andy Belanger, Stephen Byrne, Juni Ba, Vincenzo Riccardi (CA) Marguerite Sauvage
David Bowie was going to make a superhero movie about her.
Billy Idol has a tattoo of her.
And now, 50 years since her debut, celebrate the return of one of the most enigmatic comic book characters that you've never heard of...
OCTOBRIANA WITH LOVE is an all-star, 64-page, full color softcover graphic novel, celebrating the 50th Anniversary of the cult underground Russian superhero by an exciting mix of creative talent.
For centuries, immortal warrior woman Octobriana has been the champion of the oppressed. Leading a rag-tag group of freedom fighters, Octobriana travels the dimensional highways in her Wonder Machine, disrupting authoritarian regimes, overturning tyrants... and gate-crashing the best parties!
In OCTOBRIANA WITH LOVE, Octobriana and her underground take on a daring rescue mission above the skies of a near future Britain to rescue Lucretia Hussain, a young vlogger destined to be a figurehead for a future revolution. To correct the course of history Octobriana clashes with her ancient nemesis Baba Yaga, leading Octobriana to relive her past and setting the stage for a whole new universe of adventures.
In Shops: Dec 22, 2021
SRP: $9.99
View All Items In This Series
ORDER SUBSCRIBE WISH LIST