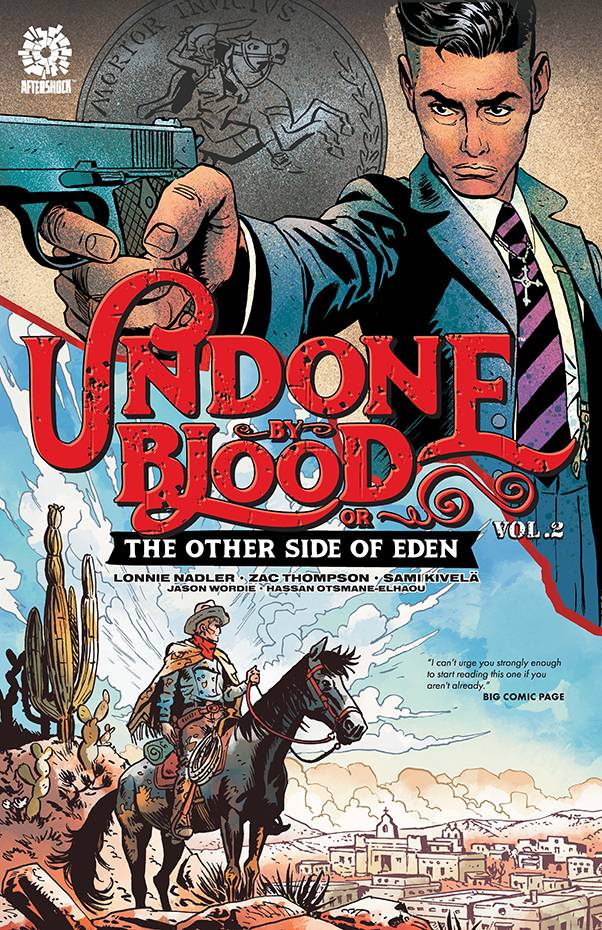 #
SEP211175
(W) Lonnie Nadler, Zac Thompson (A/CA) Sami Kivela
The early 1930's: The height of the Great Depression and beginning of the Dust Bowl. Silvano Luna Del Rio works as a postman in Buttar, Texas. Reeling from a tragic past, with only a gun and a Western novel to his name, Silvano sets out to take back from the country that took so much from him by robbing the first skyscraper West of the Mississippi. But acts of retribution are never as simple as they seem, as his target is home to an eccentric fraternal brotherhood hiding their own dark secrets.

By Silvano's side is an old west novel featuring famed gunslinger Solomon Eaton. As both stories unfold simultaneously, in true UNDONE BY BLOOD fashion, the mythic Western informs choices in reality, for better or worse.

From the minds of Lonnie Nadler and Zac Thompson (The Dregs, X-Men, HER INFERNAL DESCENT) and artist Sami Kivelä (Abbott, Machine Gun Wizards) comes the next story in the critically acclaimed neo-western series that depicts the hard truths of seeking vengeance in the real world.