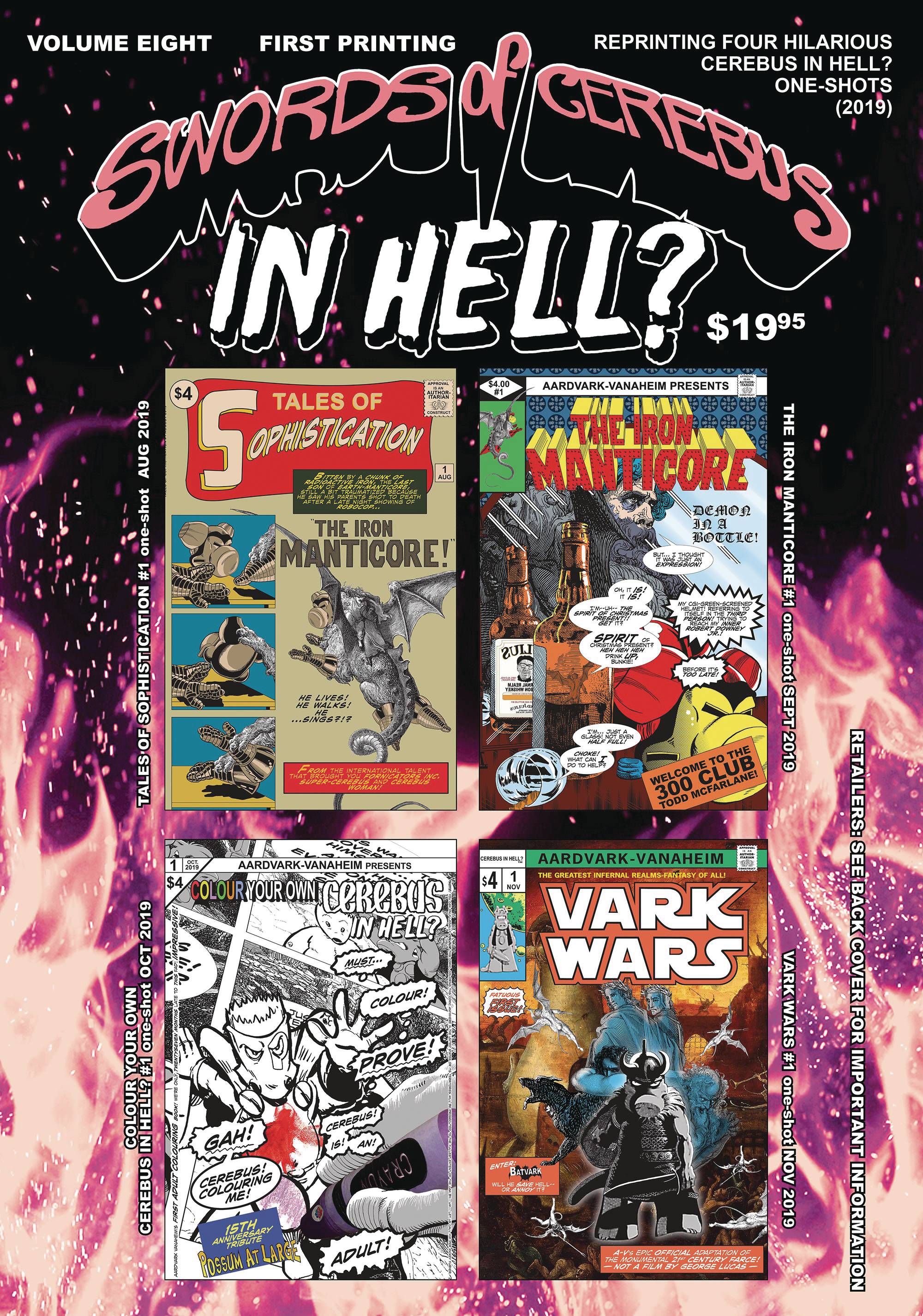 #
SEP211138
(W) Dave Sim, Benjamin Hobbs, David Birdsong, Sean Michael Robinson, Matt Dow, David Branstetter, Oliver Simonsen, Jeff Seiler (A) David Birdsong, Elise Gravel (CA) Joe Gravel (A/CA) Gustave Dore, Dave Sim, Benjamin Hobbs
The Legend of The IRON MANTICORE starts here! SEE! The development of his rocking theme song that would transform Western society (and many parts of China and San Francisco)! TIME magazine declares it "THE IRON MANTICORE AGE" (do they still publish TIME magazine?)! The IRON MANTICORE performs at the halftime show at the Superbowl! The UN-BEDDABLE VARK releases his rocking theme song, as do Kanye West and Taylor Swift! All crash and burn! The IRON MANTICORE uses an unprintable homophobic slur! SEE! The IRON MANTICORE drunk as a skunk! SEE! The IRON MANTICORE get as far as page one of his book on FRACTALS! (PHILIP K. DICK mention!) SEE! THE IRON MANTICORE put a dozen pop-tarts in his toaster oven and then forget them! AARDVARK-VANAHEIM GUARANTEES YOU WILL NEVER GUESS THE SHOCK SURPRISE ENDING! Including the 15th Anniversary tribute to indy comics legends, POSSUM AT LARGE and FLYBOY and the first Aardvark-Vanaheim Adult Colouring Book! Featuring HOW TO COLOUR! Legal threat from Mark Zuckerburg! How to keep your vagina "kissing fresh"! INFERNAL REALMS EISNER AWARDS! Cerebus declares himself a BLOCKCHAIN CRYPTO-CURRENCY and writes a new book, The HandM.A.I.D.'s Tale! Pushing The Whore of Babylon's Inner Gwyneth Paltrow button!  Batvark decides to remake STAR WARS as a "Post-Modern Deconstructionist Production"! Dante as Producer! Talking Cerebus into starring as "Luke"! Satan as Princess Leia! Making light sabres out of fluorescent bulbs filled with gasoline! WHO will be "Han Solo"? Jingles? Cerebus? Batvark? Francis as Obi-Wan? BEATRICE AS THE PRINCESS LEIA HOLOGRAM ("Help me, Dan-te Alighieri, you're my only hope.") Don't miss the Earth-One Ending! Don't miss the Earth-Two Ending!  (Note: There will be a new SWORDS OF CEREBUS IN HELL? volume every month (God willing) which will not be reprinted until the following year, so make sure to order accordingly and enough to last you the year!!)
In Shops: Nov 24, 2021
SRP: $19.95
View All Items In This Series
ORDER SUBSCRIBE WISH LIST