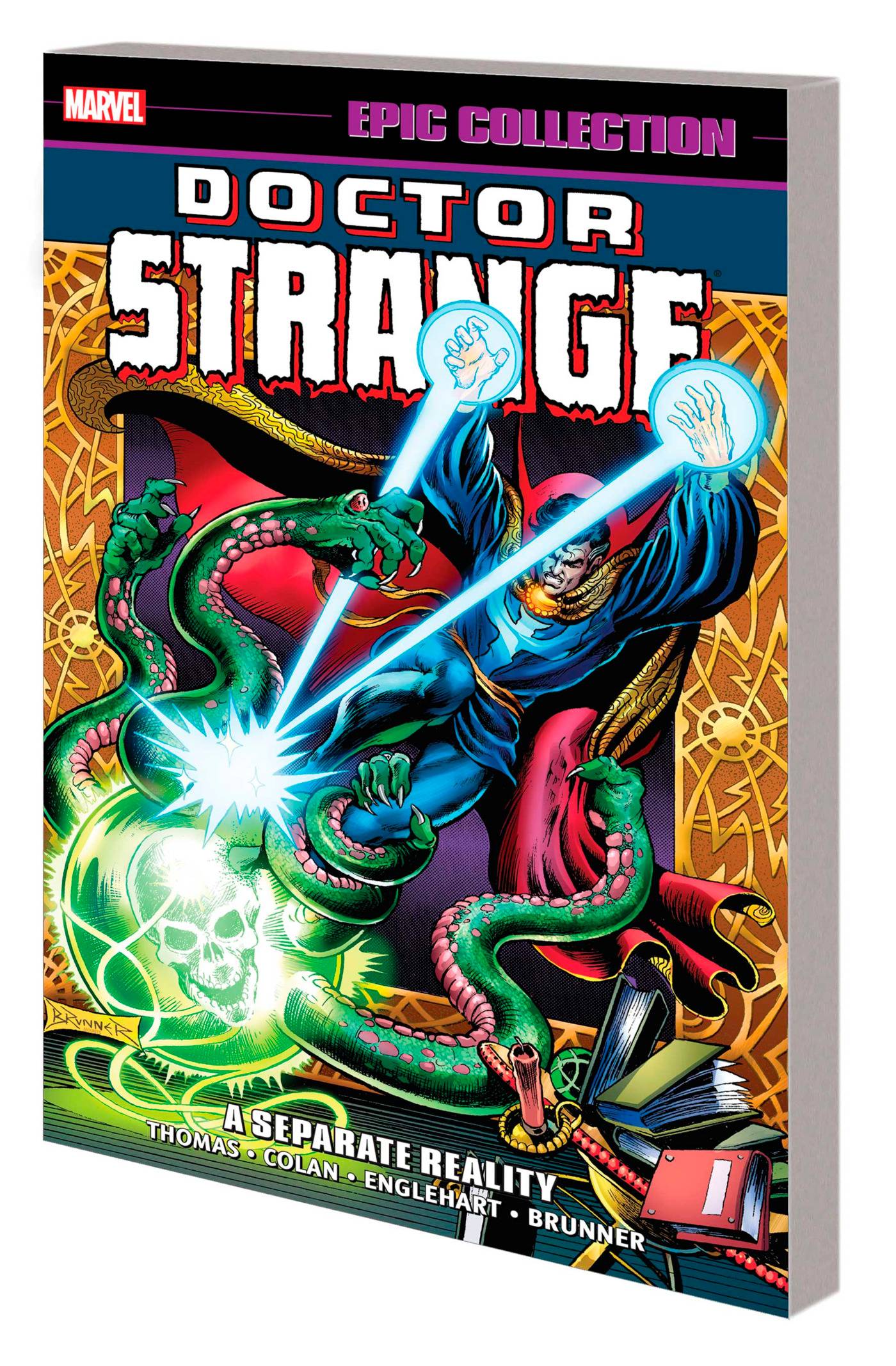 #
SEP211072
(W) Roy Thomas, More (A) Gene Colan, More (CA) Frank Brunner
It's Doctor Strange at his very best, brought to you by a host  of top-flight creators including Roy Thomas, Gene Colan, Stan Lee and Barry Windsor-Smith! They'll take you on a trip to the dark side of the Marvel Universe and bring you before the Undying Ones, Baron Mordo, the cosmic threat of Eternity and the eldritch horror of Shuma-Gorath! Then, Steve Englehart and Frank Brunner break new boundaries of cosmic consciousness and other-dimensional adventure. Their all-time classic "Sise-Neg Genesis" and "Silver Dagger" sagas are strikingly personal epics featuring deliriously lush art and stories that plumb the depths of Strange's soul! Also, witness the death of the Ancient One and Doctor Strange's ascension to Sorcerer Supreme! Collecting DOCTOR STRANGE (1968) #180-183, SUB-MARINER (1968) #22, INCREDIBLE HULK (1968) #126, MARVEL FEATURE (1971) #1, MARVEL
PREMIERE #3-14 and DOCTOR STRANGE (1974) #1-5.
Rated T
In Shops: Dec 22, 2021
SRP: $44.99
ORDER WISH LIST