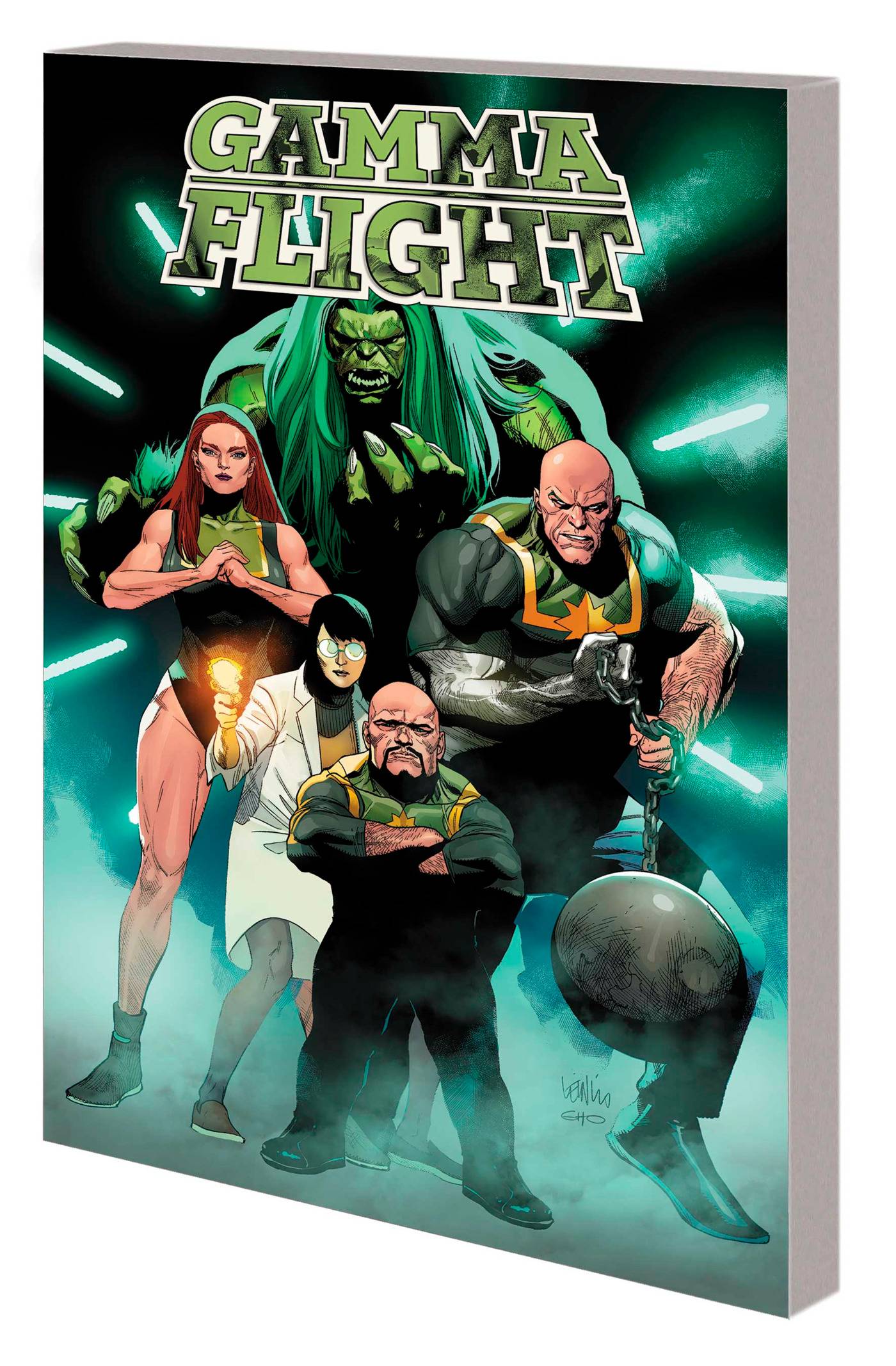 #
SEP211059
(W) Al Ewing, Crystal Frasier (A) Lan Medina (CA) Leinil Francis Yu
Go on the run with the outlaws of Gamma Flight in this action-packed addition to the IMMORTAL HULK mythos! They had one job: Find and stop the Hulk. But when push came to smash, Gamma Flight sided with the green goliath - and now the human world intends to make them regret it. Puck, Absorbing Man, Titania, Doc Sasquatch, Dr. Charlene McGowan and a horribly changed Rick Jones are fugitives from every known authority - but a team this full of gamma energy is bound to break before long. Especially when they learn who's after them! And don't miss the shocking revelations about Rick Jones, the Marvel Universe's most beloved sidekick! You've been calling for them since IMMORTAL HULK's early days - well, True Believer, we're about to deliver! Collecting GAMMA FLIGHT #1-5.
Rated T+
In Shops: Jan 05, 2022
SRP: $15.99
ORDER WISH LIST