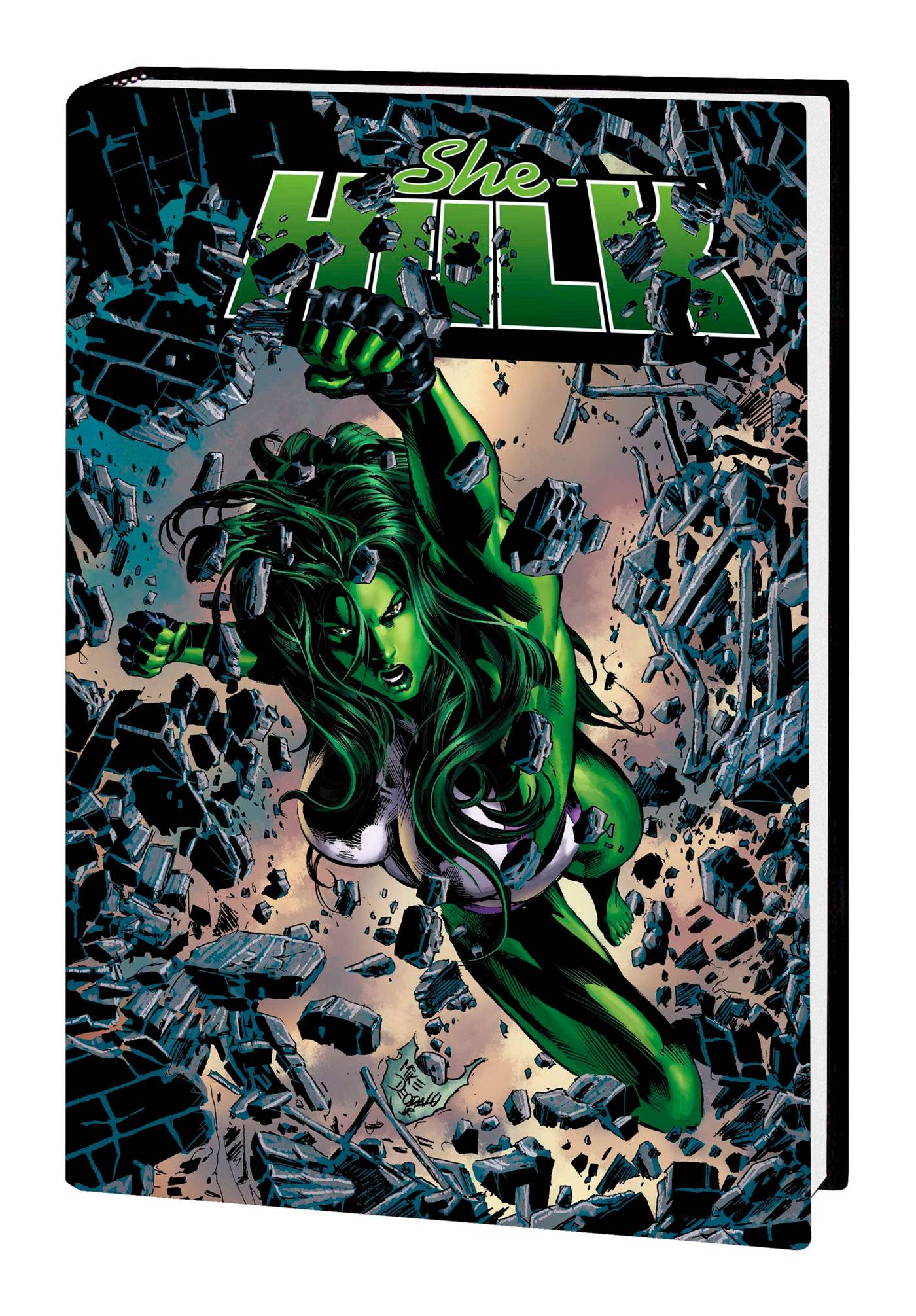 #
SEP211043
(W) Peter David (A) Shawn Moll, More (CA) Mike Deodato
Gamma-powered HULK scribe Peter David crafts a whole new direction for the lean green fighting machine as the world's most dangerous lawyer takes on the world's most dangerous job! But why has Jennifer Walters become a bounty hunter? What happened to her once thriving legal career? And what startling secret is her new partner Jazinda hiding? Okay, Jazinda is a Skrull - but what's her other secret?! As Shulkie tracks down criminals and wrestles with justice, she'll face the Absorbing Man, alien enforcers, a Celtic god and the might of the Man-Elephant! But will She-Hulk's allies the Lady Liberators cause an international incident or a cosmic crisis? And when the Skrulls launch their Secret Invasion, where will Jazinda's loyalties lie? Collecting SHE-HULK (2005) #22-38, SHE-HULK: COSMIC COLLISION, X-FACTOR (2005) #33-34, SENSATIONAL SHE-HULK #12 and material from SHE-HULK SENSATIONAL #1.
Rated T
In Shops: May 18, 2022
SRP: $75.00
ORDER WISH LIST