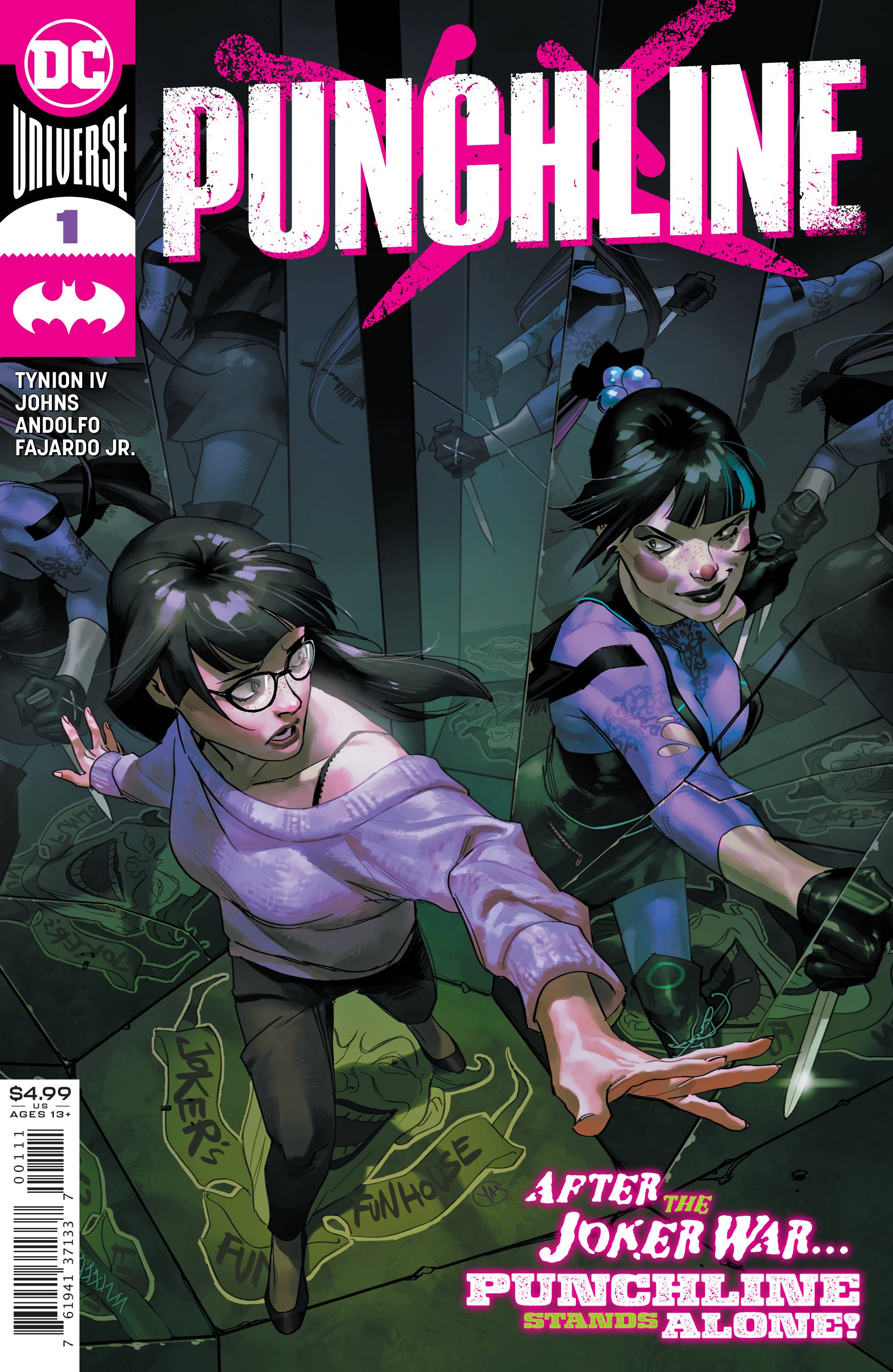 #
SEP207003
Spinning out of the pages of "The Joker War" comes the first solo book starring the blockbuster new character Punchline. As she faces the consequences for her role in "The Joker War," the story of how Alexis Kaye became Punchline will take Leslie Thompkins, Harper Row, and Cullen Row on a harrowing journey that reveals a fringe teenager's radicalization to the ideology of a madman. It's a terrifying tale so big it demanded an oversize special issue!
In Shops: Nov 11, 2020
SRP: $4.99
ORDER WISH LIST