BLEED THEM DRY #5 CVR A RUAN 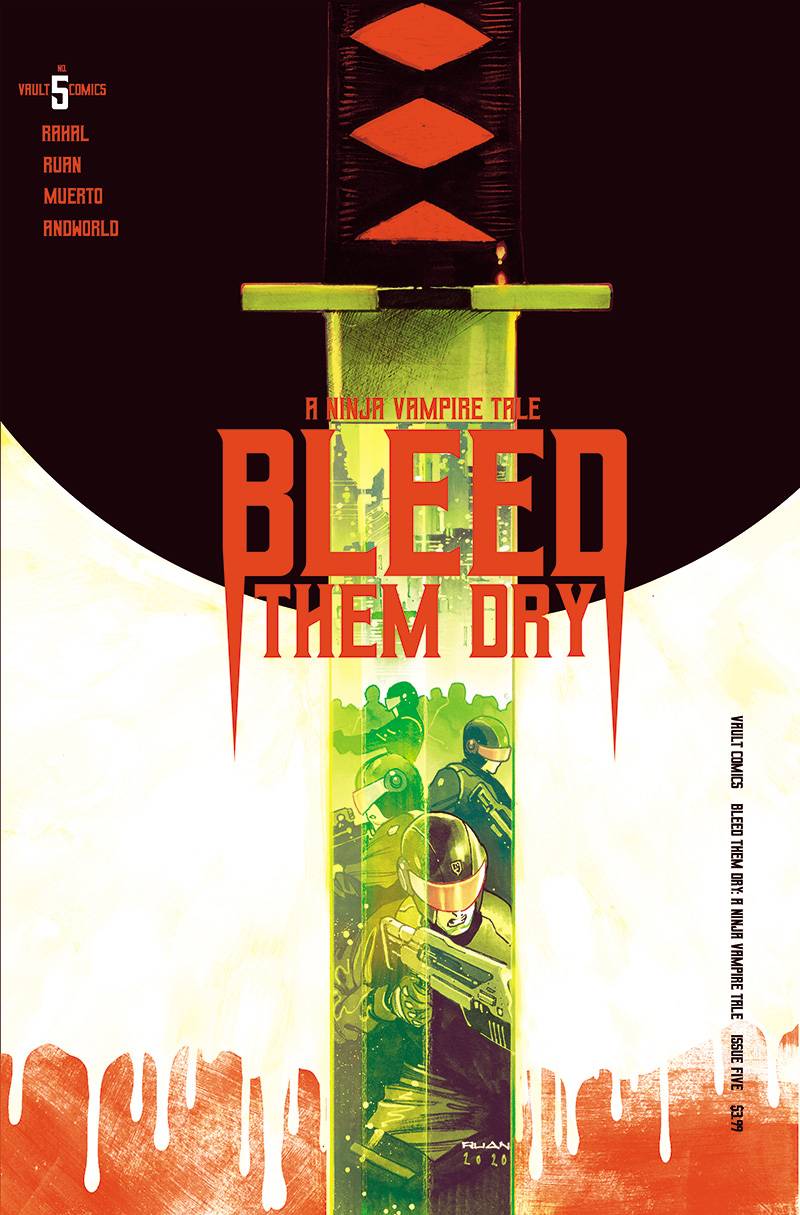 #
SEP201547
(W) Hiroshi Koizumi, Eliot Rahal (A/CA) Dike Ruan
Captain Black has been placed in charge of Asylum's police force and given only one order by the mayor: bring the Vampire Slayer to justice. Now, Black is on the warpath. He's using all of the tools at his disposal to hunt down his former partner, Detective Harper Halloway, and the Ninja Vampire, Toyo Yamamoto, who harbor a truth the world was forced to forget.
In Shops: Nov 25, 2020
SRP: $3.99
View All Items In This Series
ORDER SUBSCRIBE WISH LIST