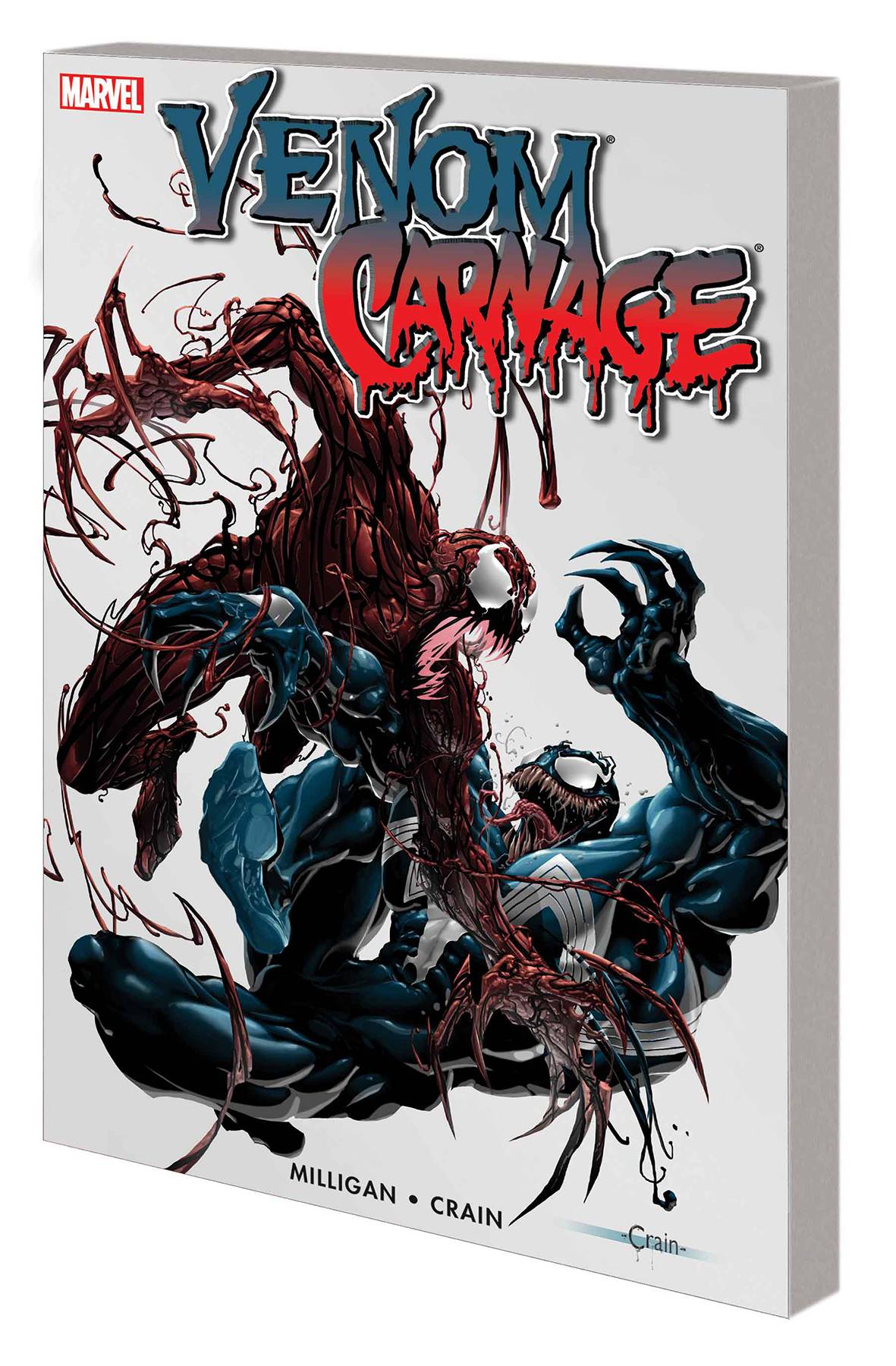 #
SEP200752
(W) Peter Milligan (A/CA) Clayton Crain
What's worse than one mayhem-inducing alien symbiote? Two. What's worse than that? Three! That's right: Venom's offspring, Carnage, is about to give birth itself - to a symbiotic creature of indescribable power and appetite. The question is, who's gonna bring up baby? Not Cletus Kasady - the psychopathic serial killer wants to end his "son's" life before it's even begun! But as Venom and Carnage clash violently over the fate of their progeny, the newborn symbiote claims a host - and a New York City police officer finds himself drawn into a world of madness and mayhem! Can he rise to the occasion and tame the literal beast within, or will the newly minted Toxin break bad? Spider-Man and the Black Cat join the fray as symbiotes battle to the death and one man fights for his soul! Collecting VENOM VS. CARNAGE #1-4.
96 PGS./Rated T+
In Shops: Nov 25, 2020
SRP: $12.99