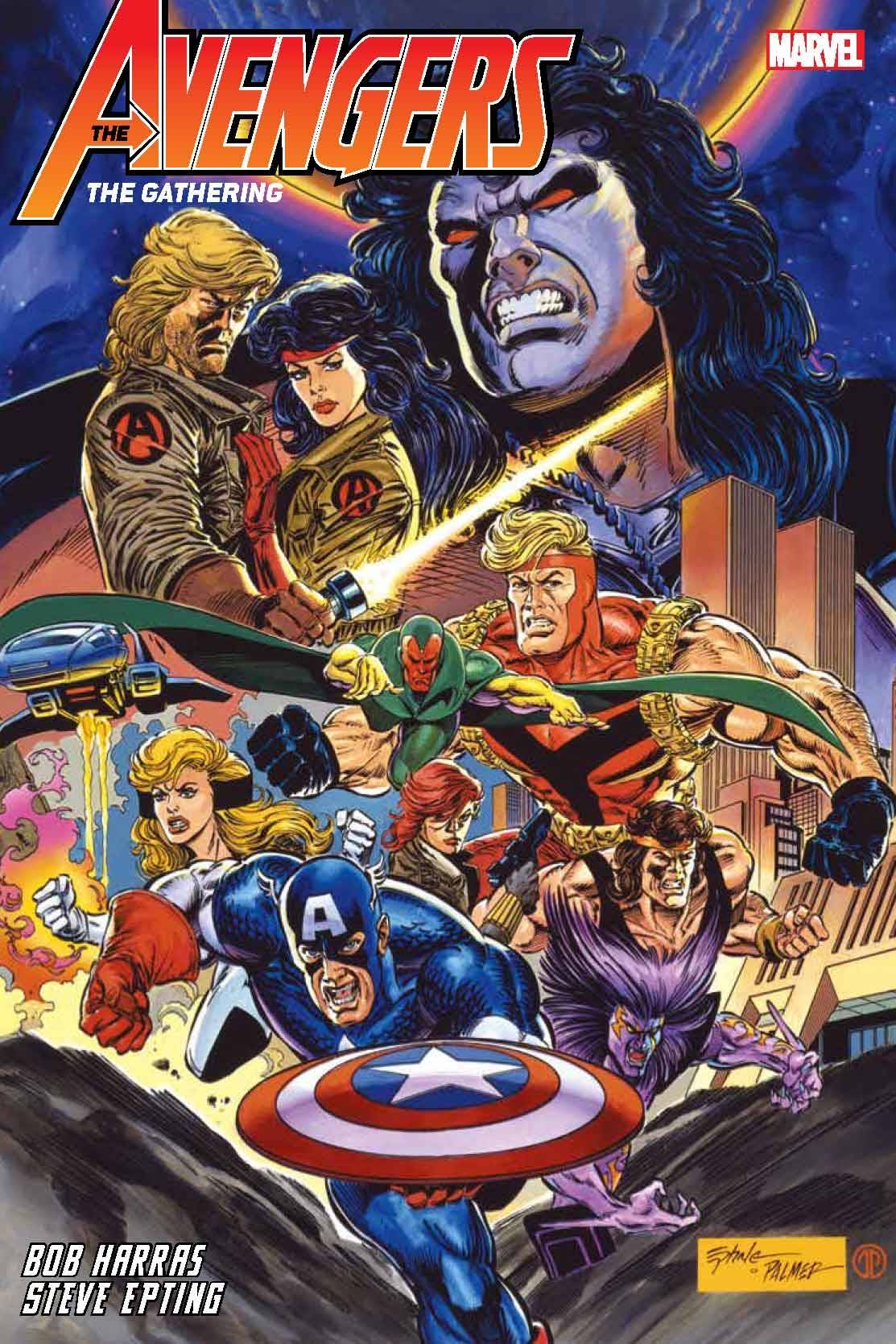 #
SEP200712
(W) Bob Harras, More (A) More (CA) Tom Palmer (A/CA) Steve Epting
One of the most shocking stories in Avengers history! When the Swordsman returns from the dead with the mysterious Magdalene by his side, a sprawling saga begins - and at its heart stands the shadowy Proctor! What is his great secret? Who are his mysterious Gatherers? And what do they want with the Vision, the Black Knight and the Eternal known as Sersi? Meanwhile, the Avengers deal with Kree terrorists, the Legion of the Unliving and a traitor in their midst - as the Black Knight finds himself torn between Sersi and his teammate Crystal! And can the X-Men help the Avengers stop a mutant/human civil war before Proctor begins his final gathering? Collecting AVENGERS (1963) #343-344 and #348-375, AVENGERS ANNUAL #22, AVENGERS STRIKEFILE, X-MEN (1991) #26, AVENGERS WEST COAST #101, UNCANNY X-MEN (1981) #307, BLACK KNIGHT: EXODUS and AVENGERS ANNIVERSARY MAGAZINE.
1152 PGS./Rated T
In Shops: Mar 24, 2021
SRP: $125.00
ORDER WISH LIST