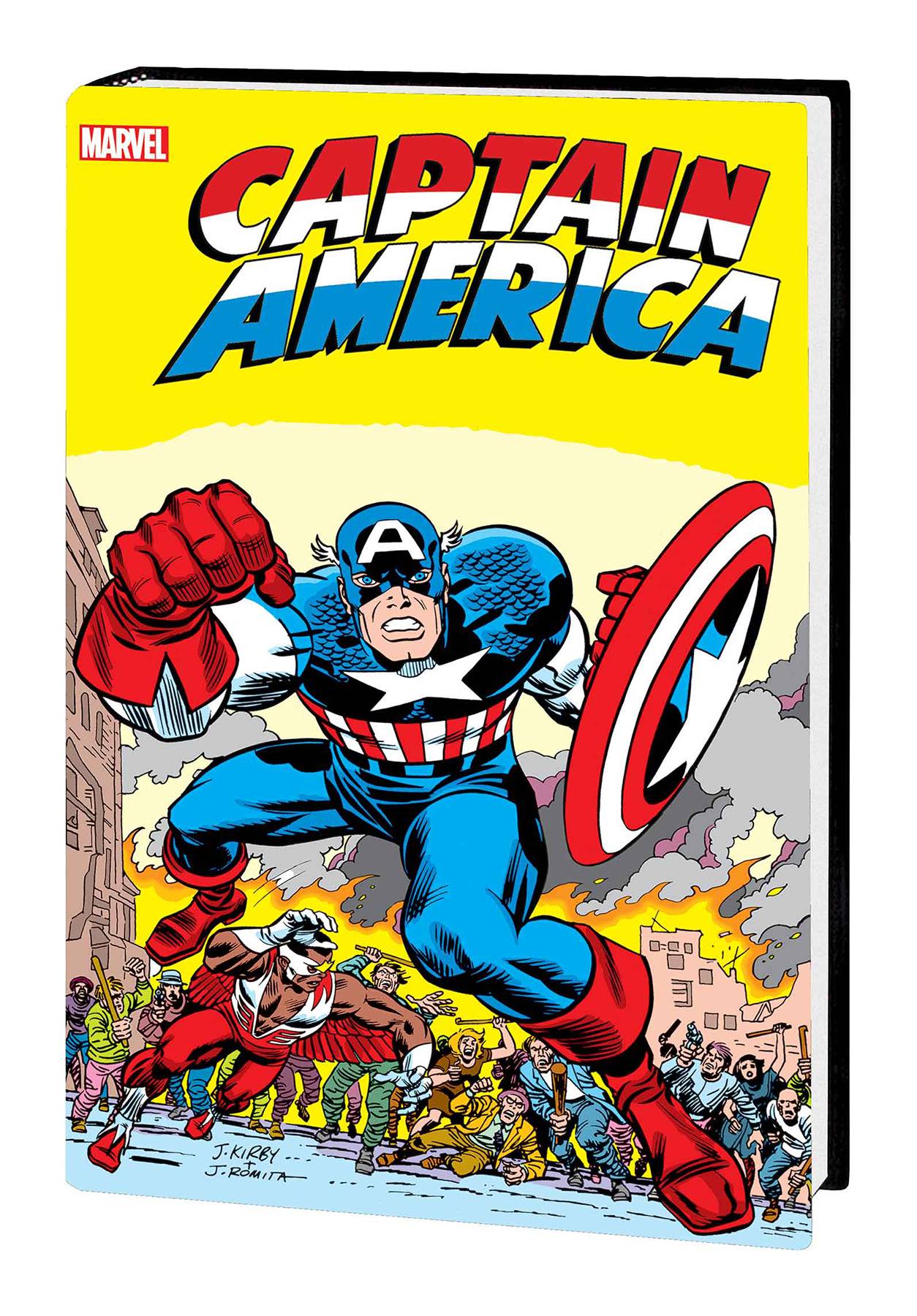 #
SEP200707
(W) Jack Kirby (A/CA) Jack Kirby
The legendary Jack "King" Kirby, co-creator of Captain America, returned to the title in the mid-1970s for an earth-shattering encore unparalleled in sheer scope and creativity - just in time for the American Bicentennial! The Secret Empire has infiltrated American society and plans to drive the country into war with their insanity-inducing Madbomb - unless Captain America and the Falcon can find them in time! Then Cap takes a trippy tour of 200 years of American history, courtesy of the mysterious Mister Buda! And even the eternal evil of the Red Skull pales before Cap's most bizarre foe yet: Arnim Zola, the Bio-Fanatic! Plus: The menaces of the Swine, Magneto and his evil mutants, and more - all straight from the endlessly imaginative mind of Jack Kirby! Collecting CAPTAIN AMERICA (1976) #193-214 and ANNUAL #3-4 and MARVEL TREASURY SPECIAL: CAPTAIN AMERICA'S BICENTENNIAL BATTLES.
568 PGS./Rated T
In Shops: Mar 10, 2021
SRP: $100.00
ORDER WISH LIST