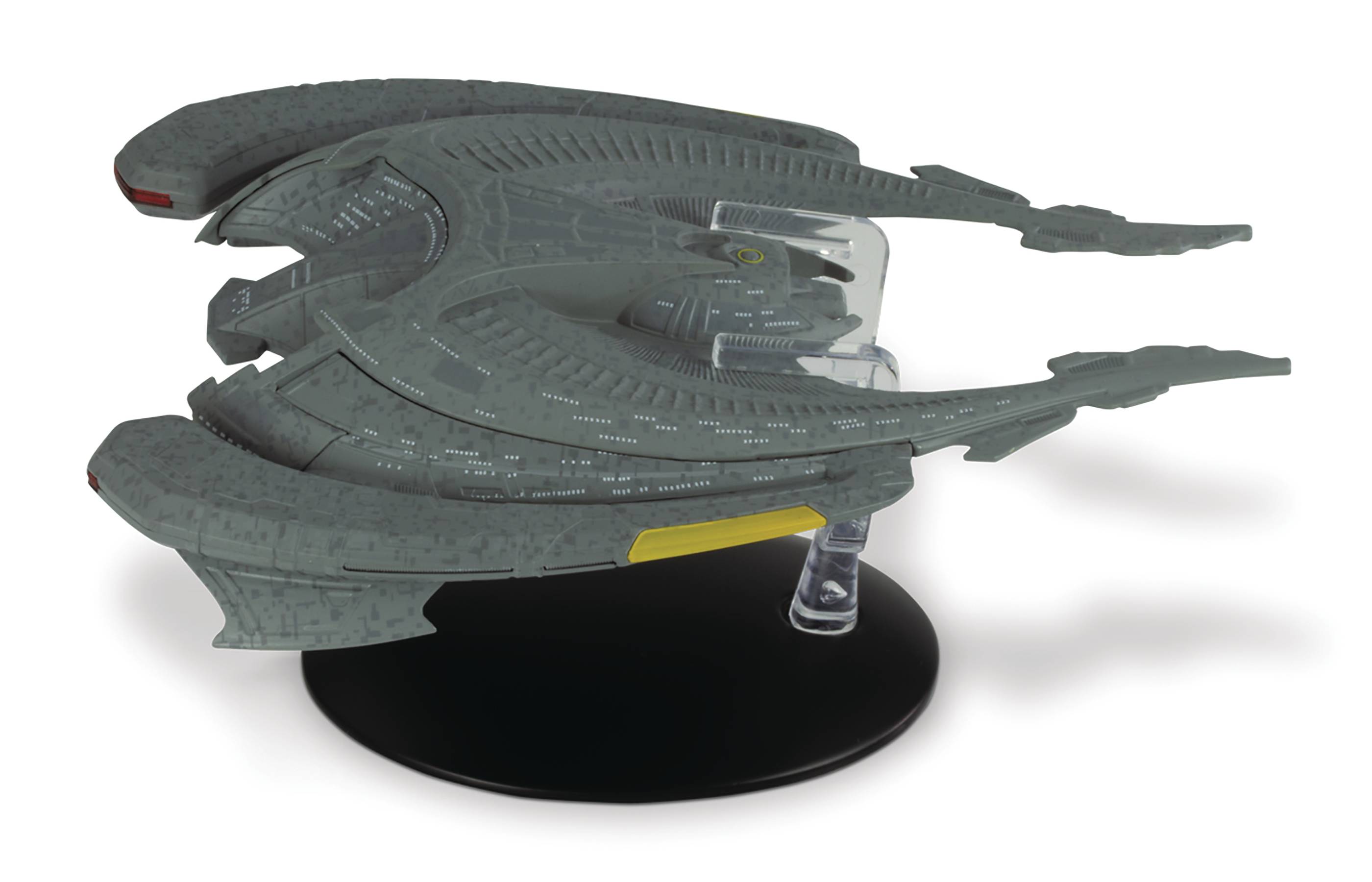 #
SEP192526
The nineteenth special release from STAR TREK: THE OFFICIAL STARSHIPS COLLECTION is the SON'A FLAGSHIP.
The Son'a Flagship is an impressive, detailed model of the starship commanded by Adhar Ru'afo, the leader of the nomadic Son'a. Ru'afo used the Flagship as the command post for his attempt to forcibly relocate the Ba'ku people from their adopted homeworld in the region of space known as the Briar Patch. The Son'a Flagship appeared in the movie STAR TREK: INSURRECTION. The model is 7 inches long and is produced in a combination of die-cast and high quality ABS materials.
In Shops: Jan 08, 2020
SRP: $45.00
View All Items In This Series