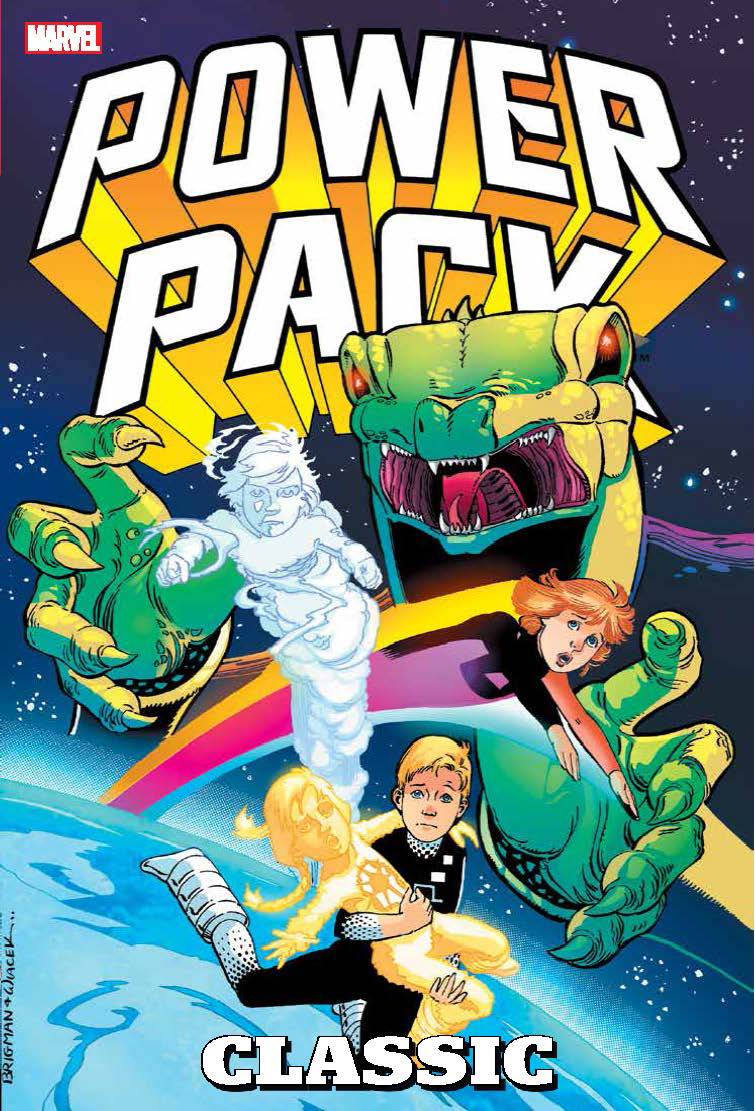 #
SEP190972
(W) Louise Simonson, Terry Austin, More (A) Mary Wilshire, More (A/CA) June Brigman
Alex, Julie, Jack and Katie Power have an amazing secret: With abilities gained from the alien Kymellians, the young siblings are Power Pack! But can they save their parents - and Earth - when the evil Snarks attack? Power Pack will be targeted by the Morlocks and the Bogeyman, battle Kurse and the Marauders, and face the horrors of homework and chores! But they'll make friends along the way - including Spider-Man, Cloak and Dagger, the Warriors Three and the X-Men! And they'll even gain a new teammate in young Franklin Richards! But can the kids triumph when they're caught in the middle of the Snark/Kymellian War? Collecting POWER PACK (1984) #1-36, UNCANNY X-MEN (1981) #195 and #205, THOR (1966) #363, X-FACTOR ANNUAL #2, MARVEL GRAPHIC NOVEL: CLOAK AND DAGGER/POWER PACK - SHELTER FROM THE STORM and material from STRANGE TALES (1987) #13-14.
Rated T
In Shops: Mar 04, 2020
SRP: $125.00
View All Items In This Series