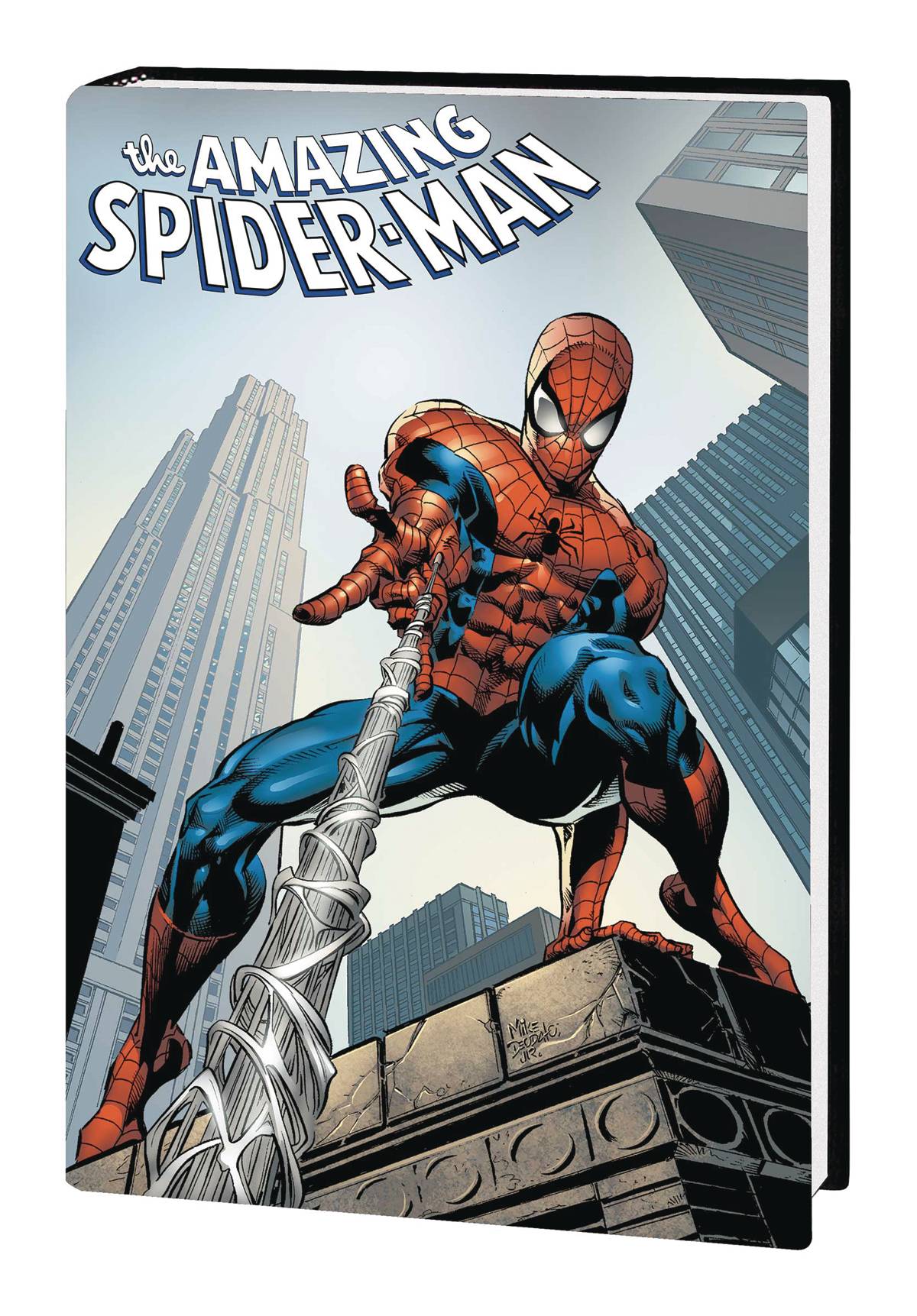 #
SEP190968
(W) Peter David, More, J. Michael Straczynski (A) Mark Brooks, More (A/CA) Mike Deodato
J. Michael Straczynski concludes his Amazing run - and everything changes for Spider-Man! First, Spidey gets some new digs - but can he stand living with the New Avengers? In the shocking story line "The Other," the vicious Morlun takes Spider-Man to the brink of death - and beyond! If Peter Parker has any hope of surviving, he has two choices: evolve or die! Then, Civil War erupts - and things really get wild! Spidey in red-and-gold armor! Spidey back in black! And Spidey unmasked in front of the world! But brace yourself for the big finish: As Aunt May lays dying, what would Peter and MJ give for One More Day? Collecting AMAZING SPIDER-MAN (1999) #515-545, FRIENDLY NEIGHBORHOOD SPIDER-MAN (2005) #1-4 and #24, MARVEL KNIGHTS SPIDER-MAN (2004) #19-22, SENSATIONAL SPIDER-MAN (2006) #41, SPIDER-MAN: THE OTHER SKETCHBOOK and SPIDER-MAN: ONE MORE DAY SKETCHBOOK.
Rated T+
In Shops: Sep 02, 2020
SRP: $125.00
View All Items In This Series
ORDER SUBSCRIBE WISH LIST