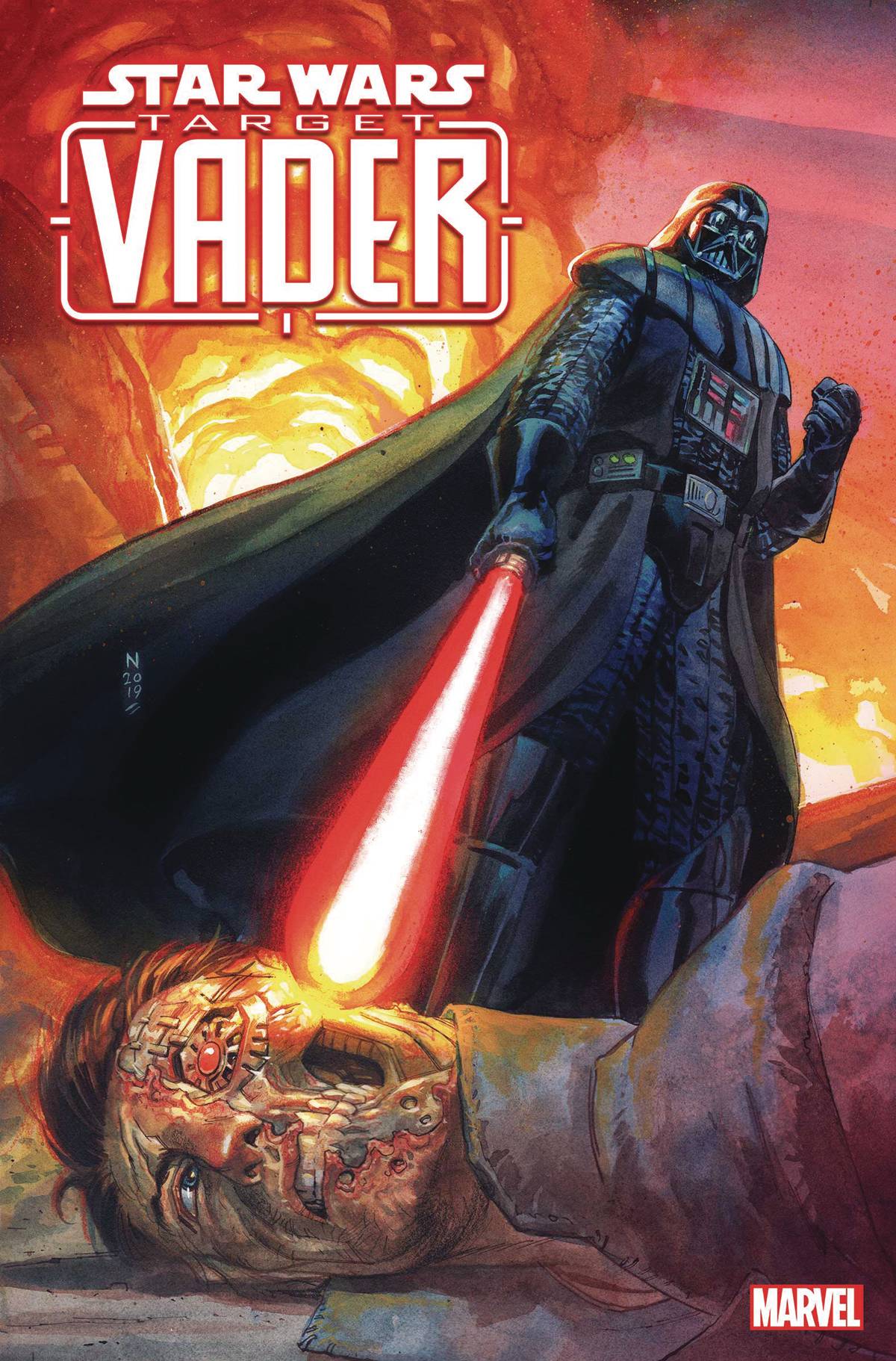 #
SEP190949
(W) Robbie Thompson (A) Cris Bolson, Roberto Di Salvo, Marco Failla (CA) Nic Klein
THE GREAT ESCAPE!
•  VALANCE has been betrayed, captured, and now stands alone.
•  But nothing will stop THE HUNTER from finishing his prey... DARTH VADER, who is closing in on his own target, THE HIDDEN HAND, a mysterious syndicate working with scum, villainy... and the REBELLION?
•  Can Valance use his training as a former Imperial to escape... or will he find out he has more in common with the Dark Lord than he could ever have imagined?!
Rated T
In Shops: Nov 13, 2019
SRP: $3.99
View All Items In This Series