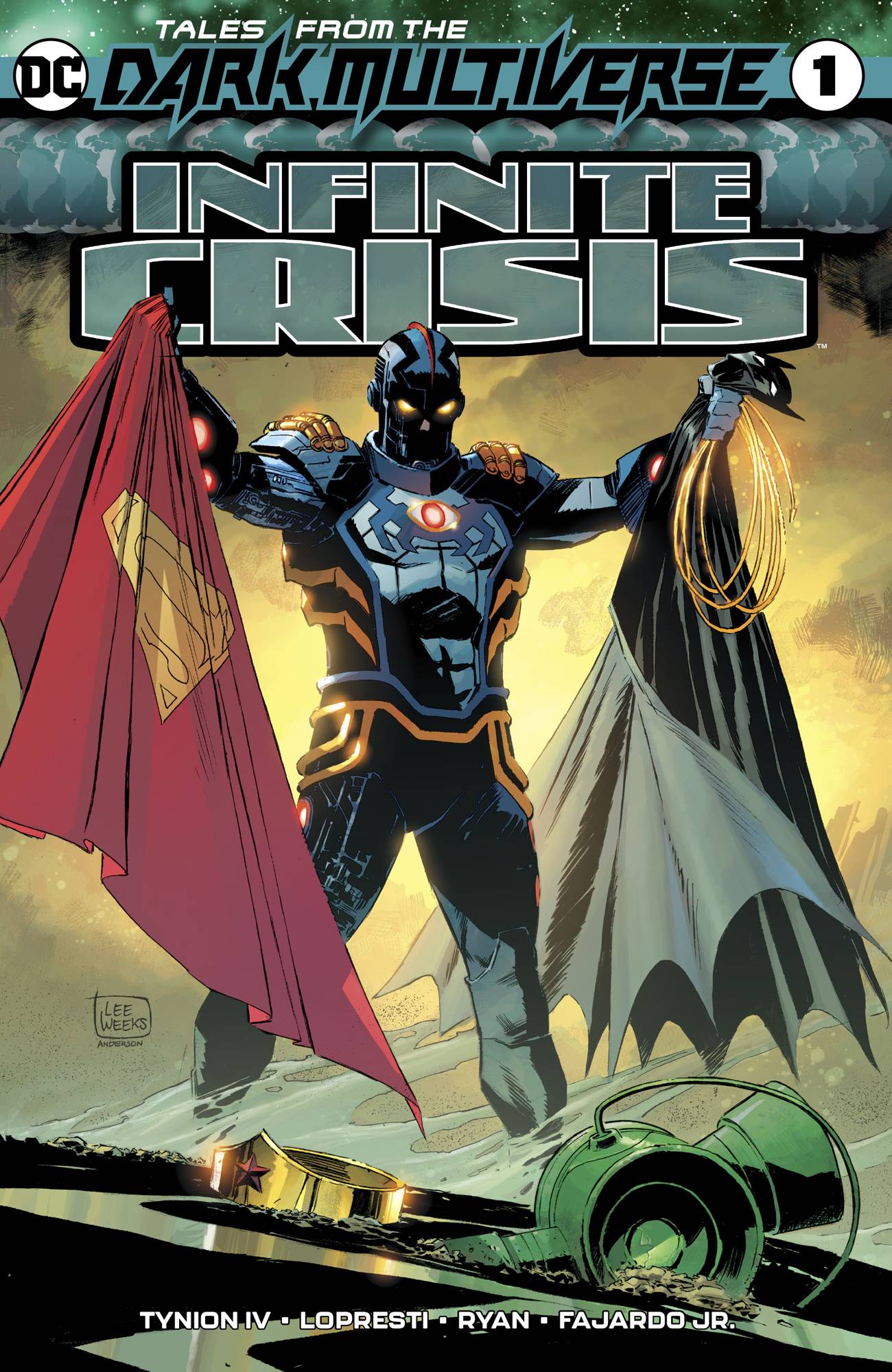 #
SEP190469
(W) James TynionIV (A) Aaron Lopresti, Matt Ryan (CA) Lee Weeks
DC's mega-event "Infinite Crisis" saw the destruction of the Trinity, the rise of Alexander Luthor and Superboy-Prime, and the rebirth of the Multiverse...but it all started with Ted Kord, the Blue Beetle, who saw it all coming and died with secrets that could've saved the world. But...things happened differently in the Dark Multiverse! Not only does Blue Beetle survive- he thrives! And after killing Maxwell Lord himself, Ted sets off a chain of events that irreversibly alters the lives of the Justice League and his best friend, Booster Gold. In trying to prevent a crisis, Blue Beetle becomes the Crisis...and the Dark Multiverse will never be the same.
In Shops: Nov 27, 2019
SRP: $5.99
ORDER WISH LIST