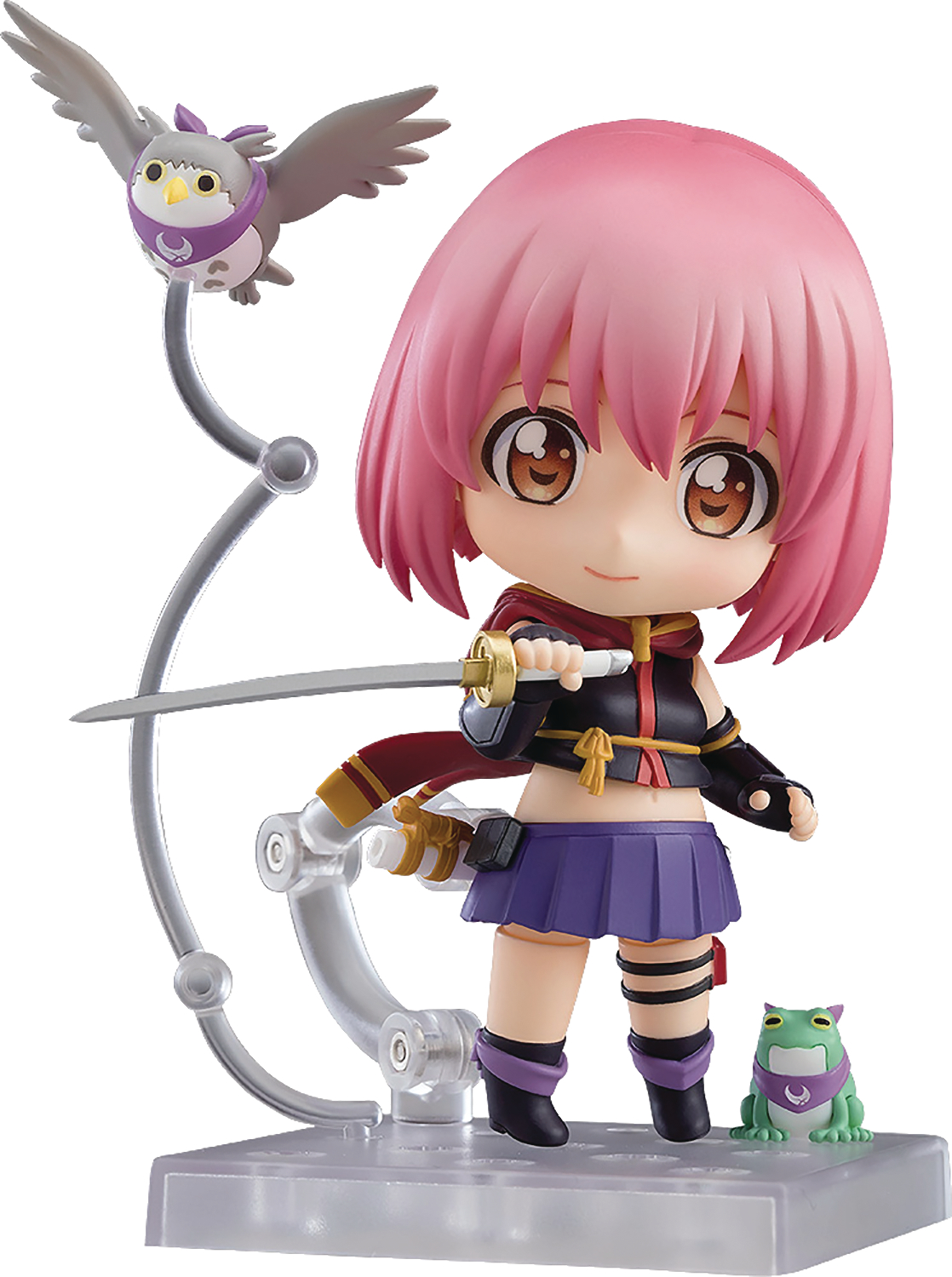 SEP188824
From Good Smile Company. "Tsukikage! Let me join you!" From the popular anime Release the Spyce! comes a Nendoroid of the main character, Momo Minamoto in her Tsukikage outfit! She comes with three faceplates including her standard expression, an awakened expression after taking the spice as well as a secret third expression (which will be unveiled at a later date). For optional parts, she comes with the sword she inherited from her master, cinnamon and a smartphone gun. She also comes with the ninja-trained animals Kamari and Monomi making for a Nendoroid full of fun parts.