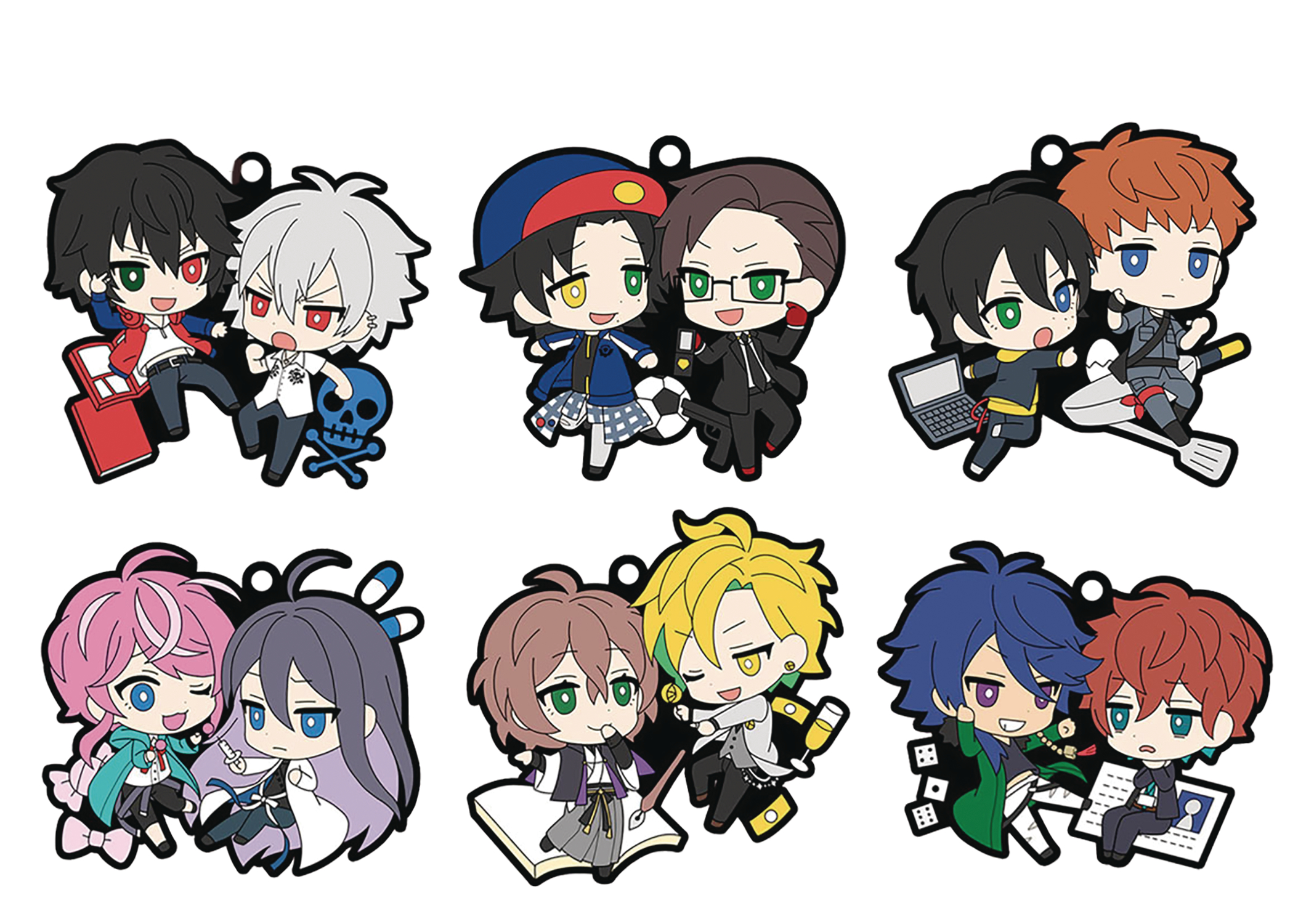 SEP188726
From Megahouse. Hypnosis Mic -Division Rap Battle- is a rap/song project and CD series launched by EVIL LINE RECORDS, and in addition to its main cast of 12 voice actors, it features character design by Idea Factory and Otomate. Now you can collect these charms of all your favorite characters! Box contains Jakurai Jinguji, Hifumi Izanami, Doppo Kannonzaka, Ramuda Amemura, Gentaro Yumeno, and Dice Arisugawa!