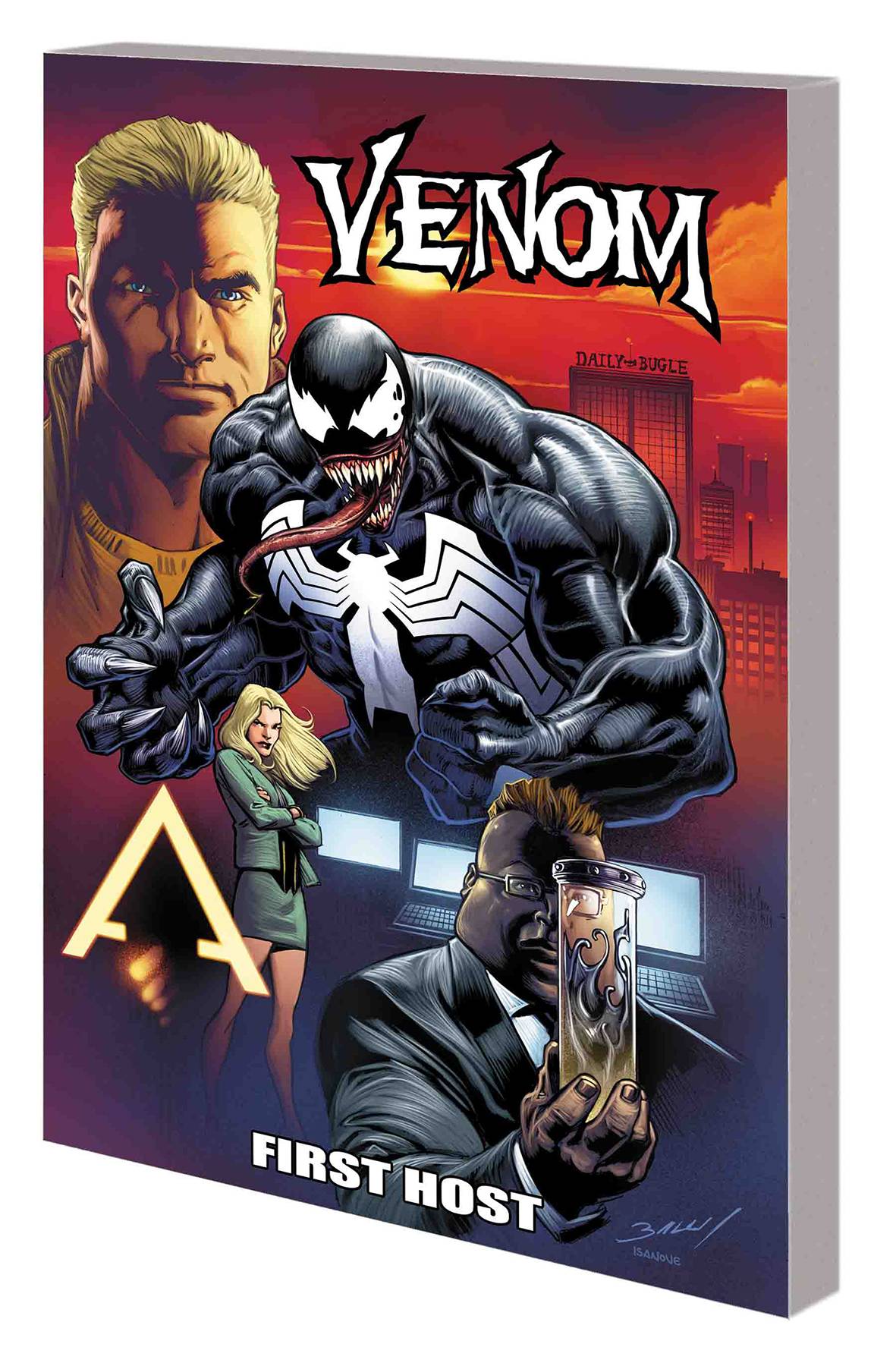 #
SEP181007
(W) Mike Costa (A/CA) Mark Bagley
Before Eddie Brock...before Peter Parker...there was the Venom symbiote's first host! And now, that host has returned in need of the symbiote's help - because only by reuniting can the two prevent cosmic ruin! Meet the Kree soldier named Tel-Kar, and learn a secret chapter in the Venom symbiote's history! And now, as Venom faces down a Skrull ambush and the universe teeters on the brink, the symbiote must choose: allow its newborn offspring to die, or separate from Eddie Brock - forever! But Eddie won't give up his "other" without a fight...after all, the fate of Earth is at stake! Can Eddie and the symbiote trust one another long enough to save the galaxy - or will the First Host prove to be Venom's undoing?! Collecting VENOM: FIRST HOST #1-5.
Rated T+
In Shops: Dec 19, 2018
SRP: $15.99
ORDER WISH LIST