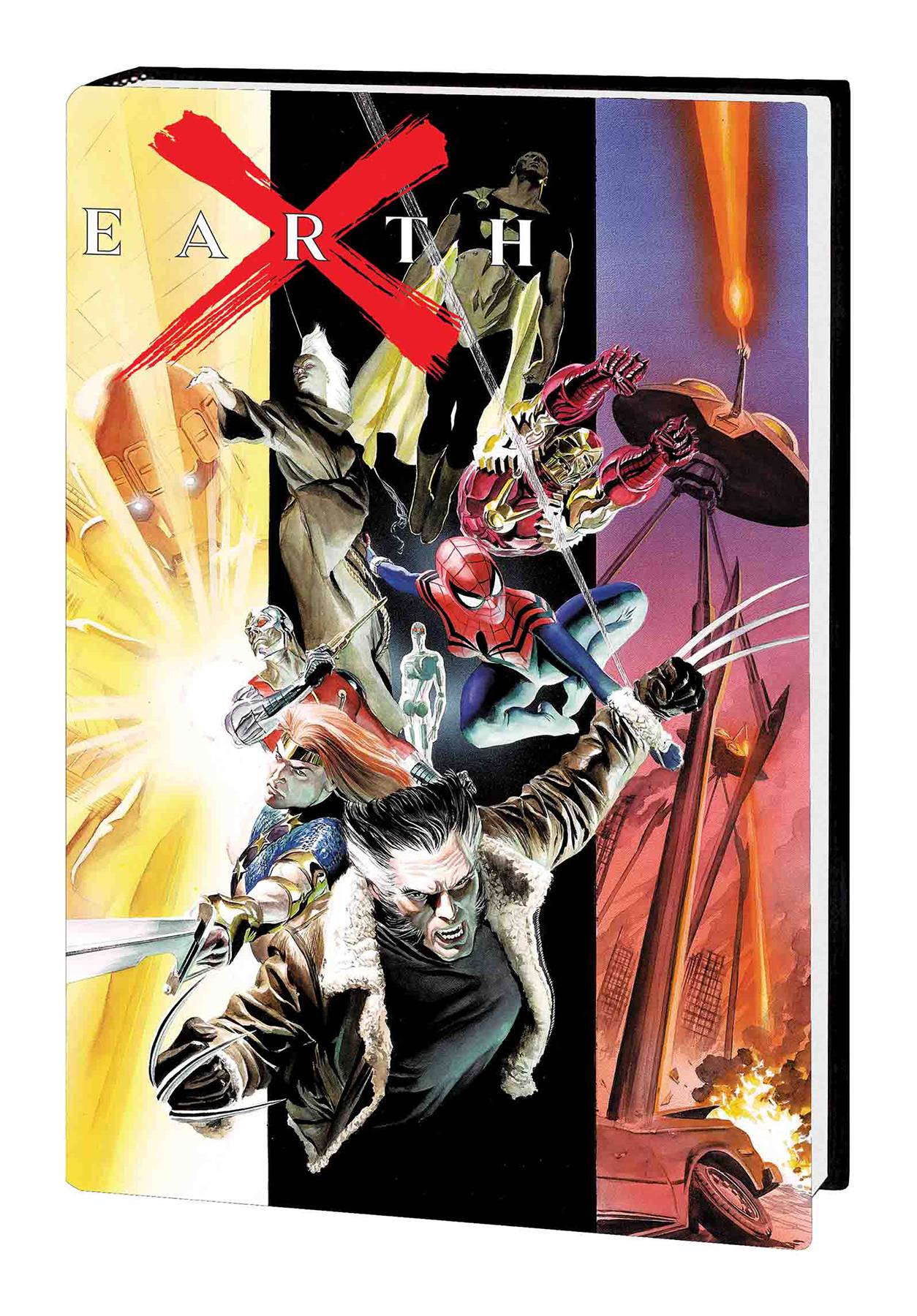 #
SEP180998
(W) Alex Ross, Jim Krueger (A) Steve Pugh, Doug Braithwaite, More (CA) Alex Ross
Alex Ross' dark vision of the Marvel Universe's future concludes! Captain Marvel led a charge against Death - and killed her! Now no one will ever die again. They may writhe in pain, their bodies broken - they may cry out for their suffering to end - but they will not perish. Death is truly dead. What has Mar-Vell done?! Now, the remaining heroes of Earth X must band together to end the torment of the paradise they helped create. Will their desperate quest to restore Death succeed? Collecting the full epic climax of the Earth X Trilogy - plus the story behind Nighthawk's demonic visions, starring Daredevil and Mephisto! And an enormous and comprehensive array of sketches and background material! Collecting PARADISE X: HERALDS #1-3; PARADISE X #0-12, #X, XEN, DEVILS, A and SPECIAL EDITION; PARADISE X: RAGNAROK #1-2 and NIGHTHAWK (1998) #1-3.
Rated T+
In Shops: Mar 06, 2019
SRP: $100.00