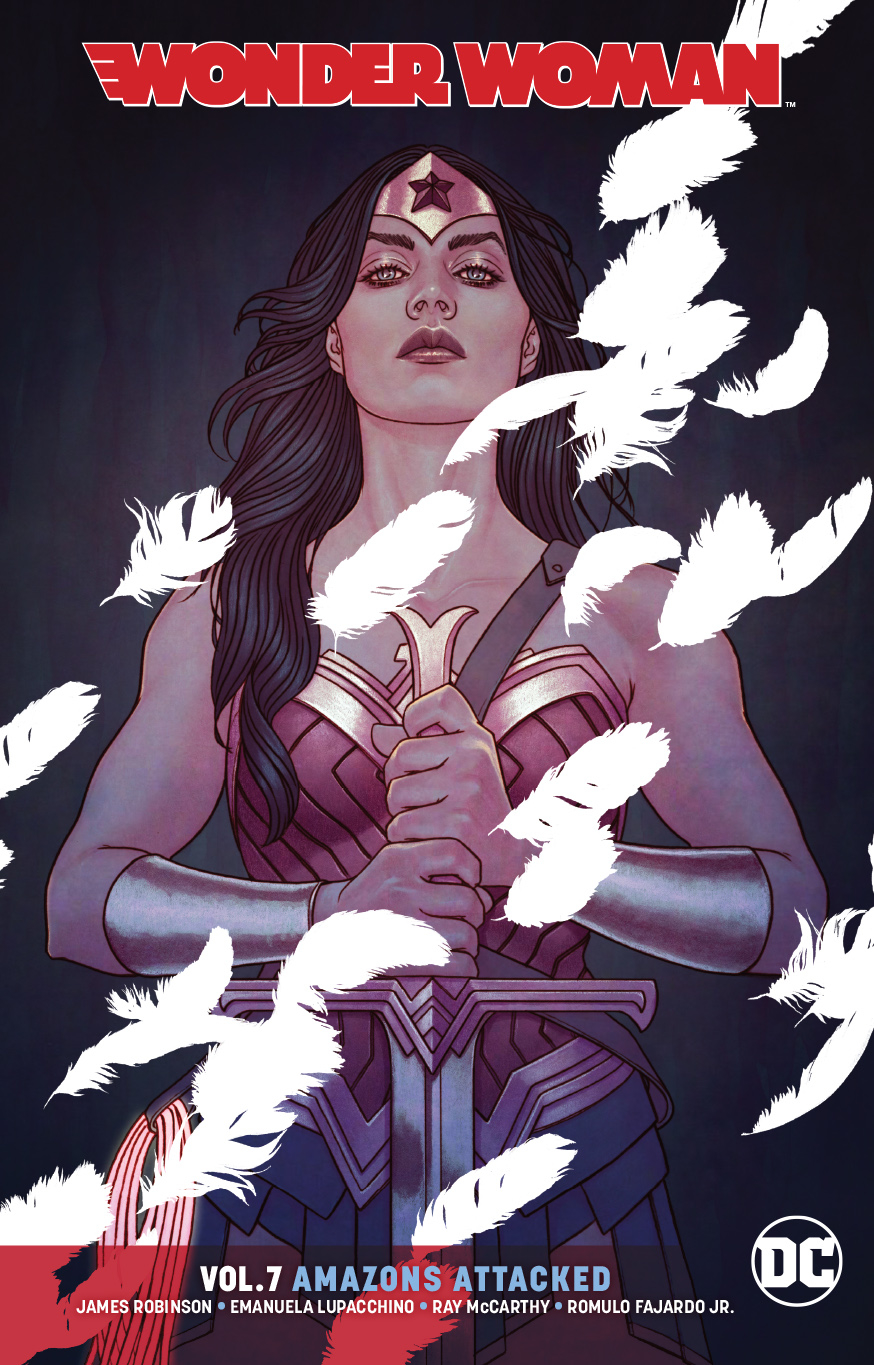 SEP180621
(W) James Robinson (A) Emanuela Lupacchino, Jesus Merino, Ray McCarthy, Marco Santucci, Carmen Nunez Carnero, Stephen Segovia (CA) Jenny Frison
The power of the ancient gods has returned Darkseid to his former self, but he wants more-he wants the throne of Apokolips back! To do that, he'll need an army more powerful than he's ever had before. That sounds like the Amazons! Plus, Wonder Woman's brother Jason has always longed to meet his mother, Hippolyta. Should Wonder Woman help him return home, even if it might lead to the destruction of the Amazons? Collects Wonder Woman #38-45.
In Shops: Dec 19, 2018
SRP: $19.99
View All Items In This Series