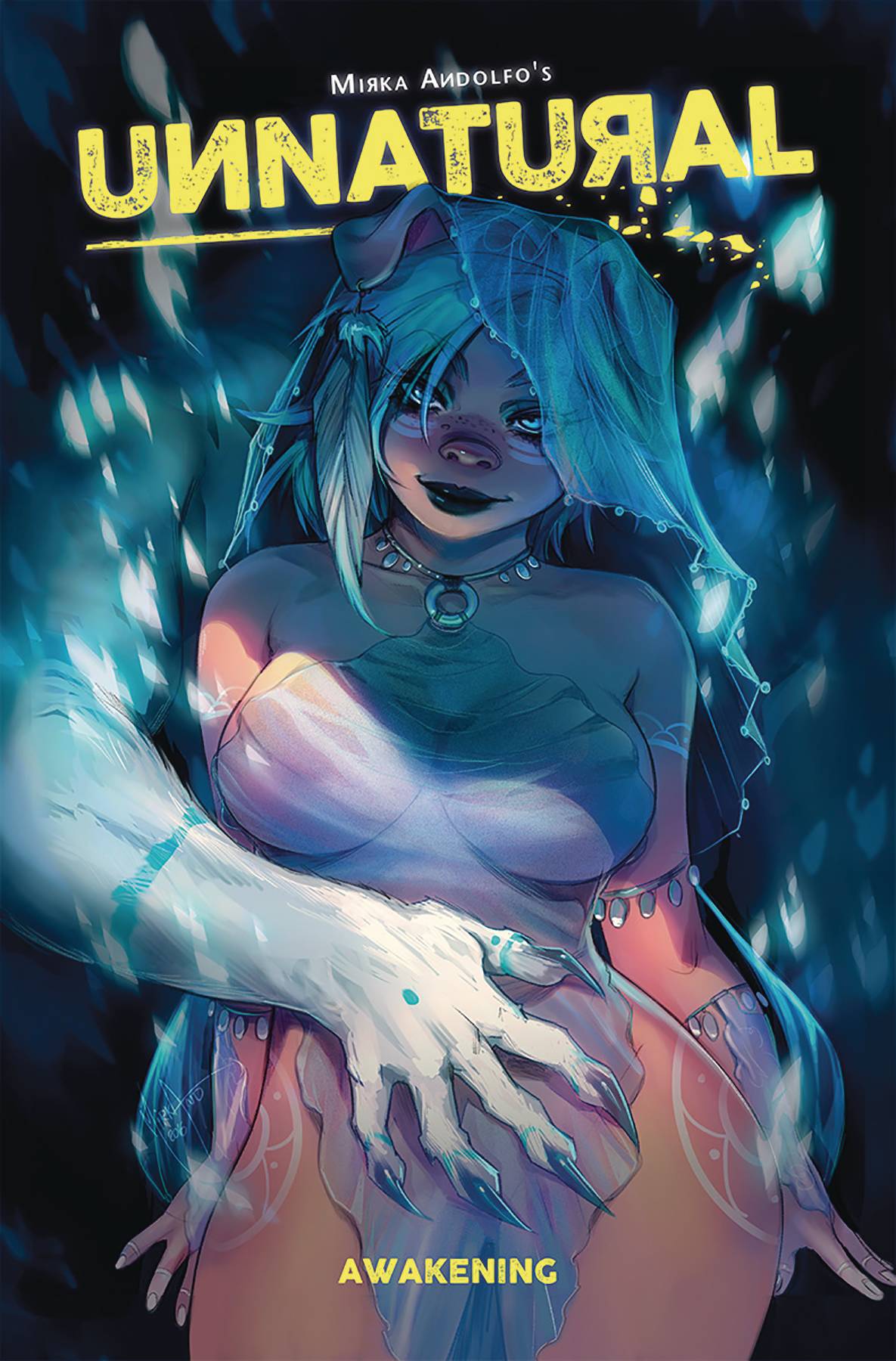 #
SEP180132
(W) Mirka Andolfo (A/CA) Mirka Andolfo
Leslie J. Blair is a simple pig girl, she loves sushi and she is trapped in a job that she hates. She lives with Trish, her best friend. In her world, which is full of anthropomorphic creatures, with a totalitarian government that interferes in the personal lives of its citizens, up to the point of allowing only relationships between individuals of the same race. The transgressors are punished. They are accused of being... unnatural!
Leslie dreams of something different for herself. But these dreams are becoming dangerous, especially because they feature a mysterious wolf. And, when she wakes up, she thinks that she is being watched... And, as if that were not enough, on the day of her twenty-fifth birthday, Leslie receive an email that she would never have wanted to receive. But she still does not know it's just the beginning ...
The hit Italian comic, a fantasy, erotica, romantic suspense series by MIRKA ANDOLFO (Wonder Woman, Harley Quinn, DC Comics Bombshells) will bring you in a colorful but terrible world, where personal freedoms are superfluous. Follow Leslie on a breathtaking plot, between thriller and fantasy with a touch of sensuality. Collects issues #1-4.
In Shops: Nov 21, 2018
SRP: $9.99
View All Items In This Series
ORDER SUBSCRIBE WISH LIST