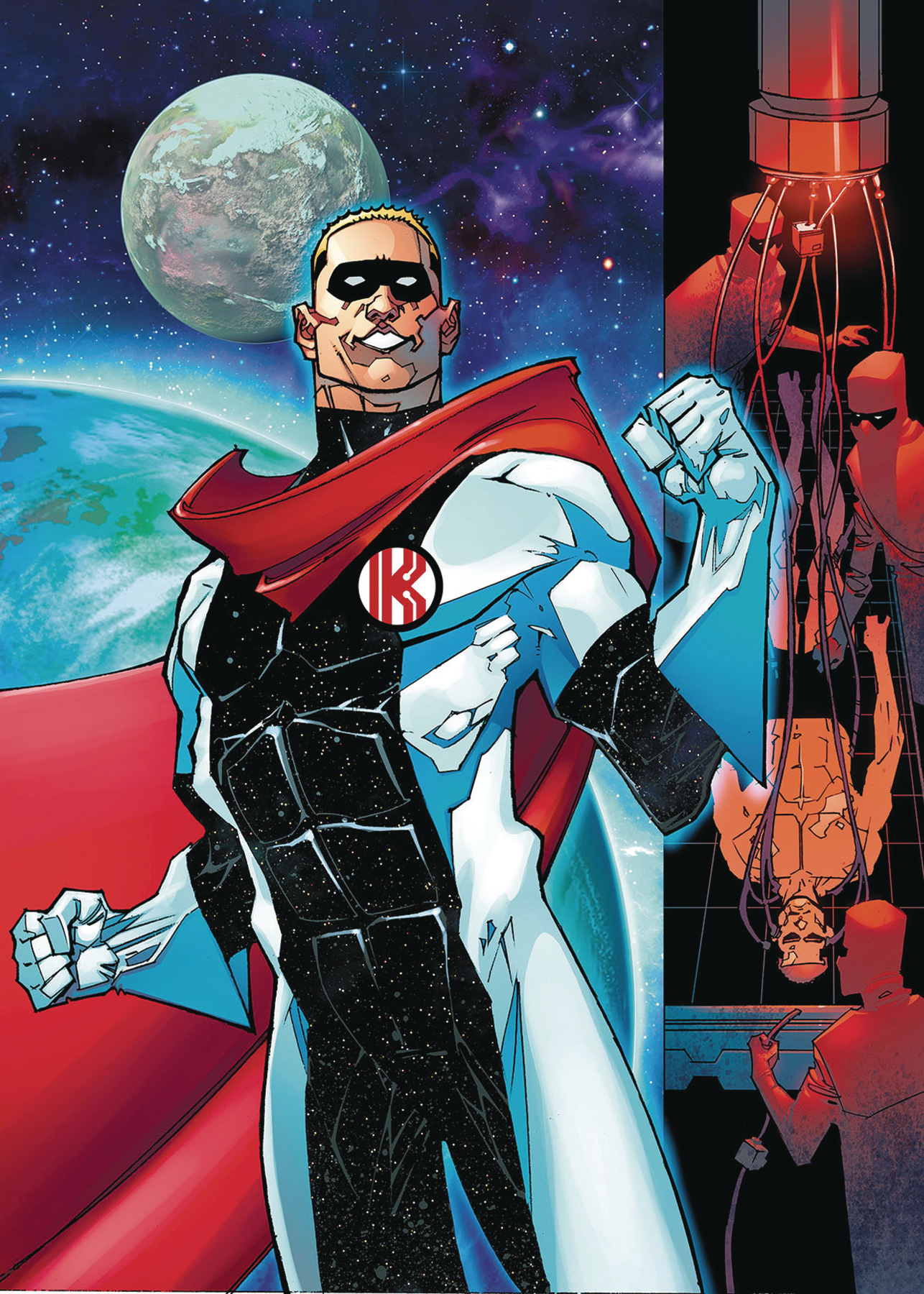 SEP171756
(W) Joe Casey (A) Jefte Palo (CA) Pop Mhan
Major Alistair Meath of Britain's Royal Air Force sacrificed his life to save Earth from an approaching asteroid on the night of "The Event". Seven months later, Meath has resurfaced as the colorful, kinetic energy-powered superhero KINO, but something is very wrong with the world. Britain's MI6 is on the hunt for Meath, and the terrible secret behind his return is revealed in this mindbending thriller within the Catalyst Prime Universe.
In Shops: Nov 29, 2017
SRP: $3.99
View All Items In This Series
ORDER WISH LIST