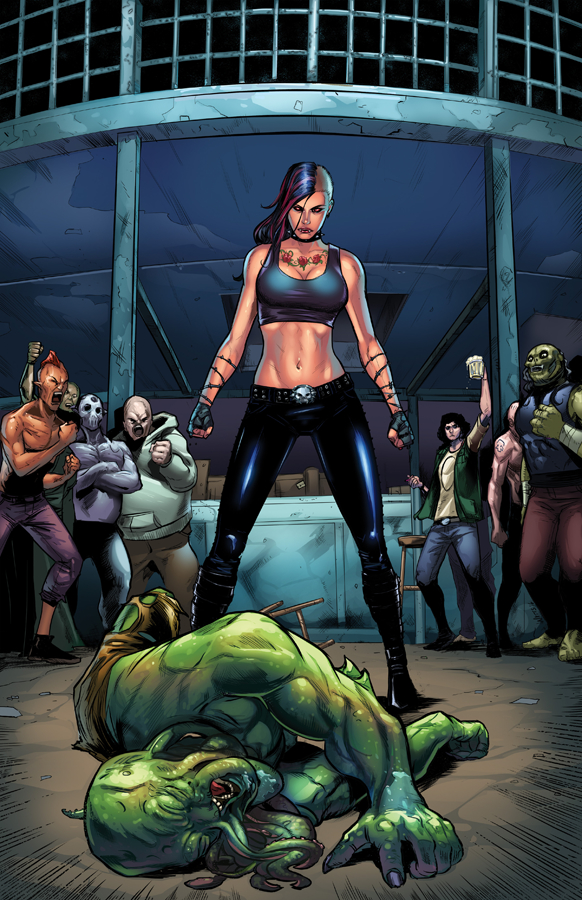 SEP162167
(W) Pat Shand (CA) Larry Watts
Hellchild is back in a brand new series!
Angelica Blackstone is half-vampire, half-god, and she has a hell of a lot of aggression to work out. Hellchild: The Unholy is a roller coaster ride through the horror that dwells under society. From human sacrifice to reptilian gods to the dark and demonic powers hiding within seemingly everyday people, join the team that brought you Robyn Hood and Van Helsing for the darkest hero in the Grimm Universe!
In Shops: Nov 02, 2016
SRP: $3.99
View All Items In This Series
ORDER WISH LIST