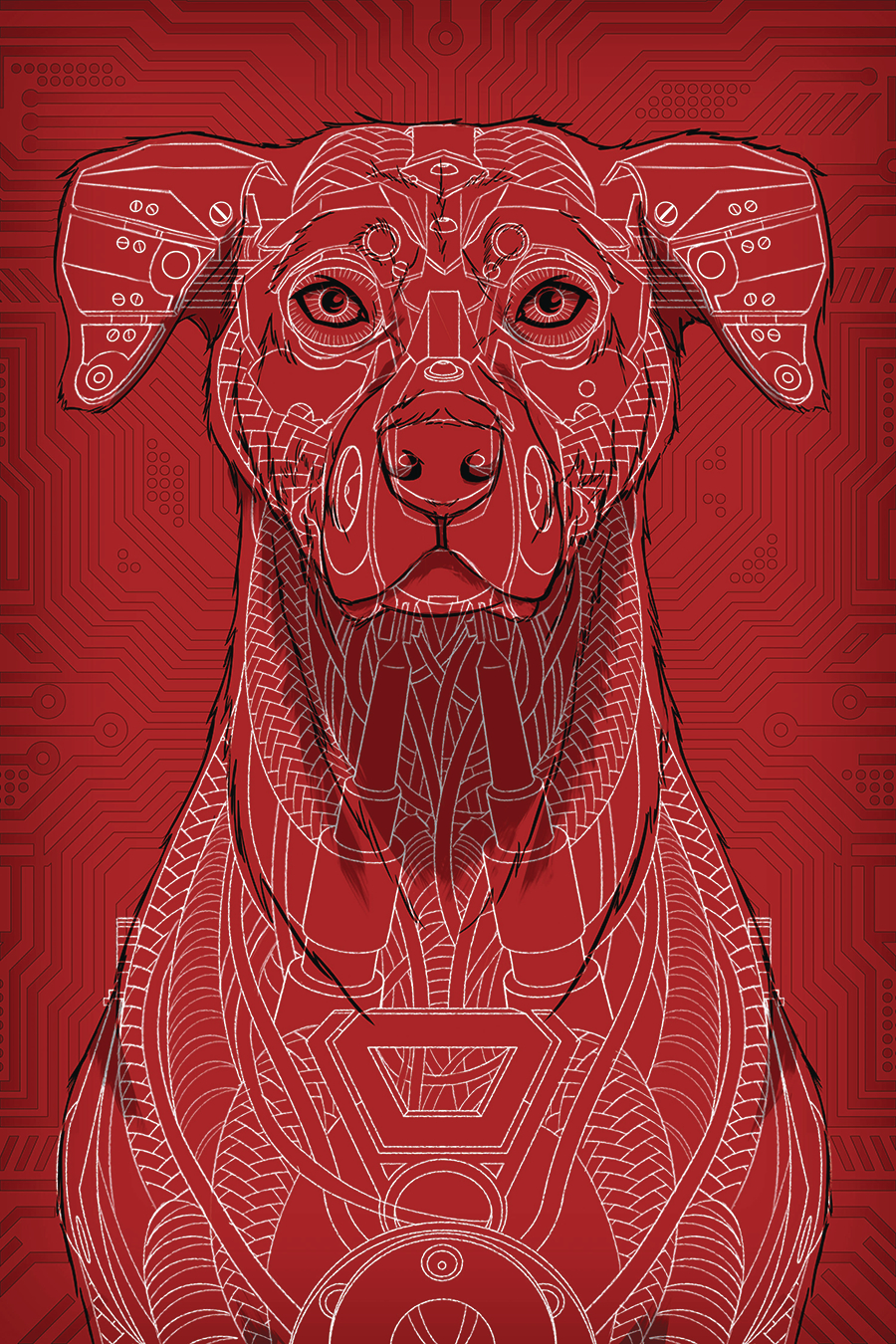 SEP161709
(W) Rob Cohen, Andi Ewington (A) Robert Atkins (CA) Tom Velez
Some say there's no greater love in the universe than the love a boy has for his dog. For Kyle, the only kid living amongst 200 grownups on a distant mining colony light-years away from Earth, that saying is a given. Welcome to Kirawan, a planet that Kyle calls, "the worst place you could ever imagine." Kyle stumbles through his days doing his chores hoping to live up to the steep demands of his father, the head of the planet's mining operation. Still, it's not all bad, there's Q, Kyle's robotic K-9, basically the greatest pet in the known universe. However, during an upload of resources bound for earth, the alien natives of Kirawan launch a full scale attack on the human miners. The events that follow thrust Kyle and Q into the middle of a mysterious civil war; a war in which the fate of the planet will hang. Welcome to the world of RED DOG, the new groundbreaking adventure series from the screenwriter of FAST AND THE FURIOUS, XXX.
In Shops: Nov 16, 2016
SRP: $3.99
View All Items In This Series
ORDER WISH LIST