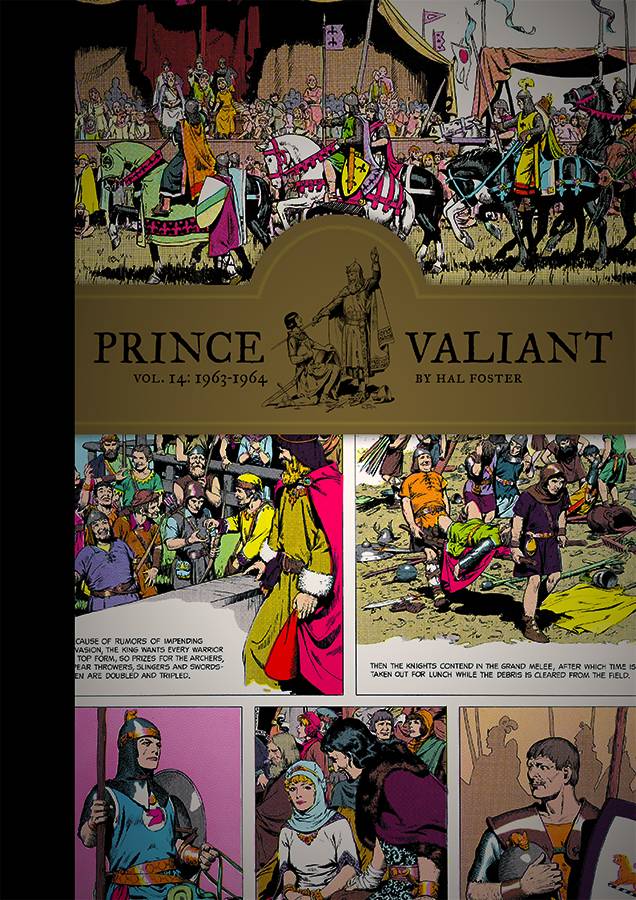 #
SEP161696
(W) Hal Foster (A/CA) Hal Foster
In the first story, King Arthur sends Val to North Wales to thwart an attack by King Cidwick, while back in Camelot, Mordred plans a scandal that will break the Fellowship of the Round Table. Fortunately, a battle-weary Val finds some minor respite in the melee known as the Spring tournament, and, for the first time since coming to Camelot, our hero is crowned Grand Champion! The festivities are interrupted as an invading army of savage Saxons attack in the Battle of Baddon Hill, and the only one who can save King Arthur and the Knights of Camelot is Val's son, Prince Arn. This volume closes with Val returning to his homeland of Thule to rest only to find a guerilla war waging against his father, King Aguar.
In Shops: Nov 02, 2016
SRP: $34.99
View All Items In This Series
ORDER SUBSCRIBE WISH LIST