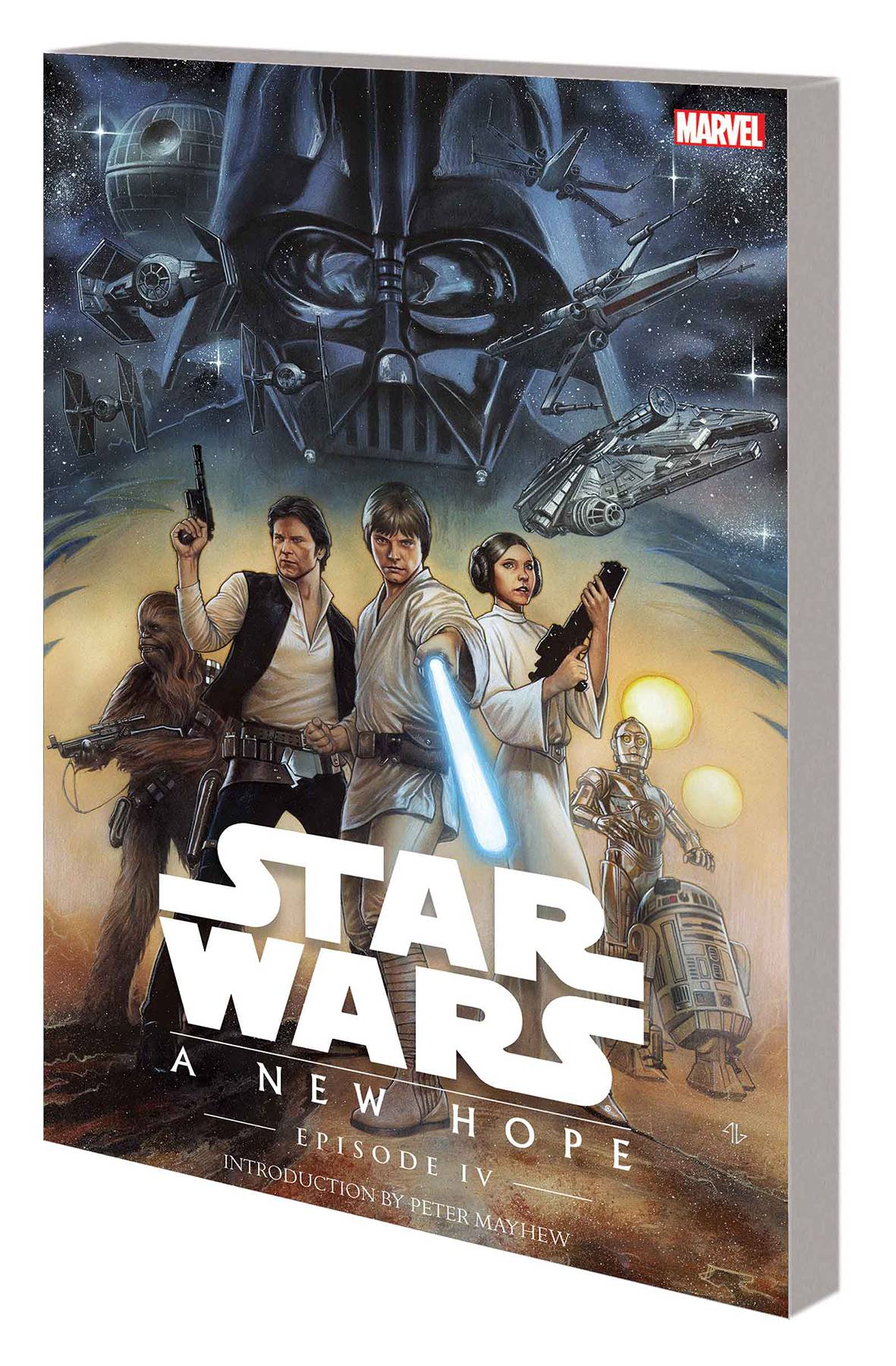 #
SEP161135
(W) Roy Thomas (A) Howard Chaykin (CA) Adi Granov
The original comics adaptation of the greatest space-fantasy film of all is remastered for the modern age with all-new coloring by Chris Sotomayor! Weeks before George Lucas' first Star Wars film hit theaters, Marvel gave fans their first look at Luke Skywalker, boldly asking: "Will he save the galaxy, or destroy it?" You may know the answer, but that doesn't spoil the fun of seeing Star Wars: Episode IV A New Hope like never before - including scenes that never made the silver screen! When Princess Leia is taken prisoner, Luke, Obi-Wan Kenobi, Han Solo, Chewbacca, C-3PO and R2-D2 ride to the rescue and take on Darth Vader in his awesome Death Star. It's six against a galaxy - one that's far, far away and a long time ago! May the Force be with you, in the mighty Marvel manner! Collecting STAR WARS (1977) #1-6.
Rated T
In Shops: Dec 07, 2016
SRP: $19.99