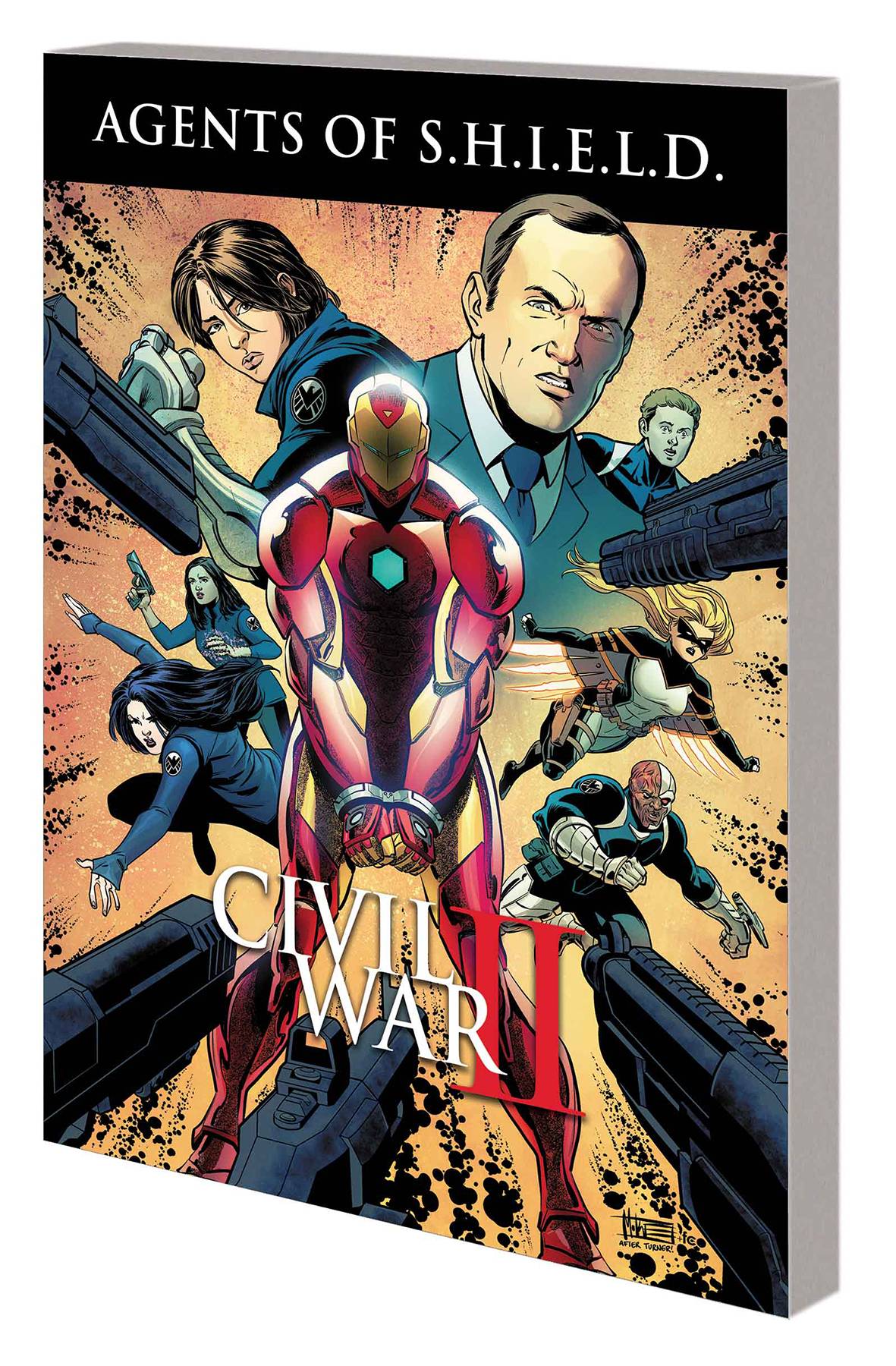 #
SEP161133
(W) Marc Guggenheim (A) Various (CA) Mike Norton
The Agents of S.H.I.E.L.D. are torn apart by CIVIL WAR II! And when Earth's Mightiest Heroes are split in two, Phil Coulson chooses a side - his own! But as Phil's Third Faction takes shape, he'll face an epic showdown with his former teammates. Will it be Phil Coulson, Agent of S.H.I.E.L.D. no more? As the squad faces a leadership crisis, what role will the deadly assassin Elektra play? Is there any way back for Phil? Will all your favorite agents get out of this alive? Are they ready for the new Deathlok? And as CIVIL WAR II escalates, who will be...the Accused? The answers are classified, right up until you buy the book! Collecting AGENTS OF S.H.I.E.L.D. #7-10 and THE ACCUSED #1.
Rated T+
In Shops: Dec 14, 2016
SRP: $15.99
View All Items In This Series
ORDER WISH LIST