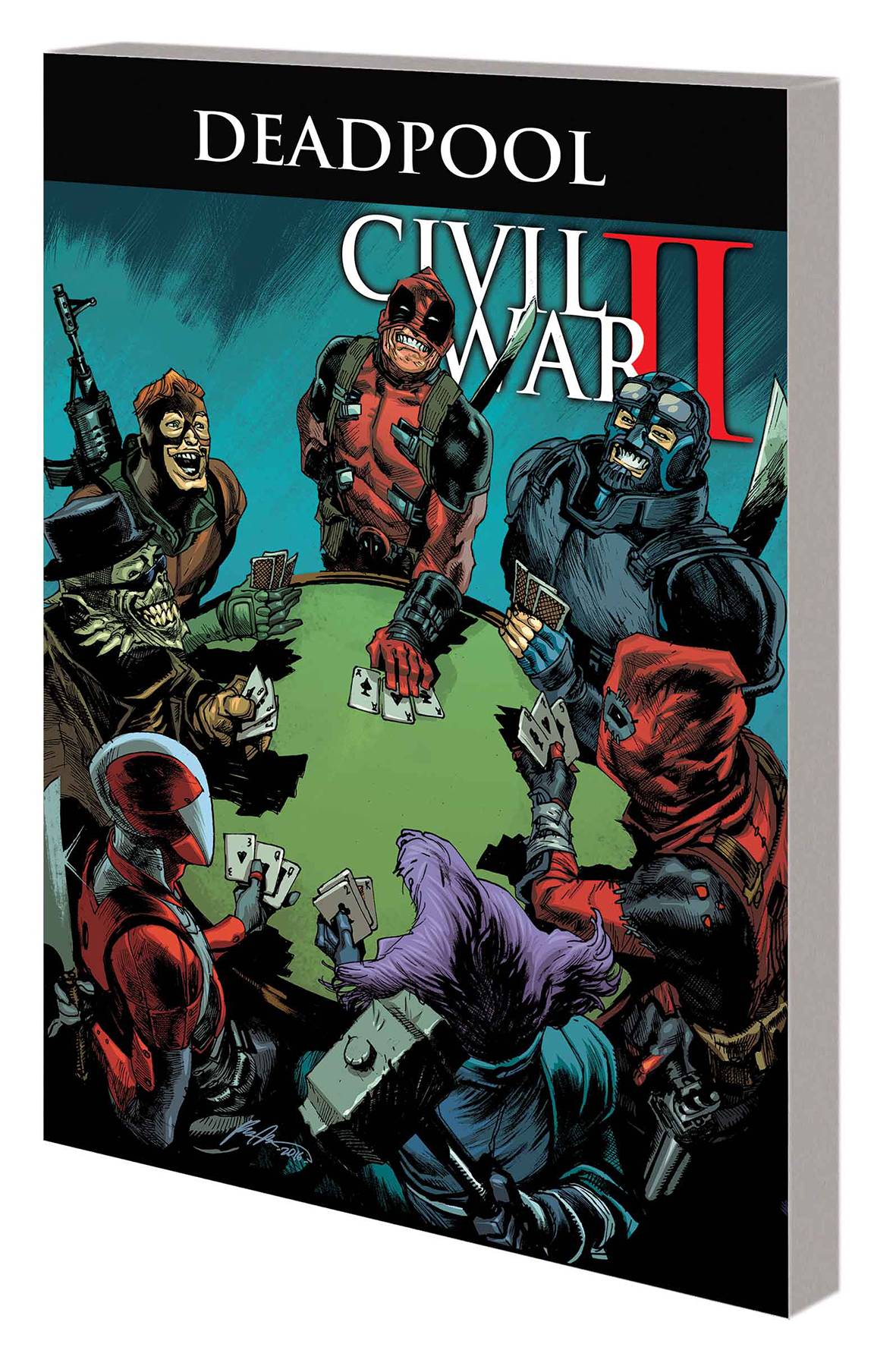 #
SEP161132
(W) Gerry Duggan (A) Mike Hawthorne, Scott Koblish (CA) Rafael Albuquerque
Deadpool and the Mercs for Money are clearly the best super-group in the Marvel Universe. So naturally when there's a cosmic-level threat, they'll be there. This entire book is all about teamwork and getting along! Oh, no, wait, it's CIVIL WAR II - heroes falling out is the order of the day! So it's a good thing the Mercs all hate their boss and want out! At least Deadpool is popular with everybody who doesn't work for him - but how exactly did that happen? Prepare to find out! Then, the former voice inside DP's head known as Madcap makes his return - with a mad-on for revenge! It won't be pretty! Plus: In the far-off future, Wade's two daughters fight for the right to be Deadpool 2099! Whatever the era, it ain't easy being Deadpool! Collecting DEADPOOL (2015) #14-19.
Parental Advisory
In Shops: Dec 21, 2016
SRP: $17.99
View All Items In This Series