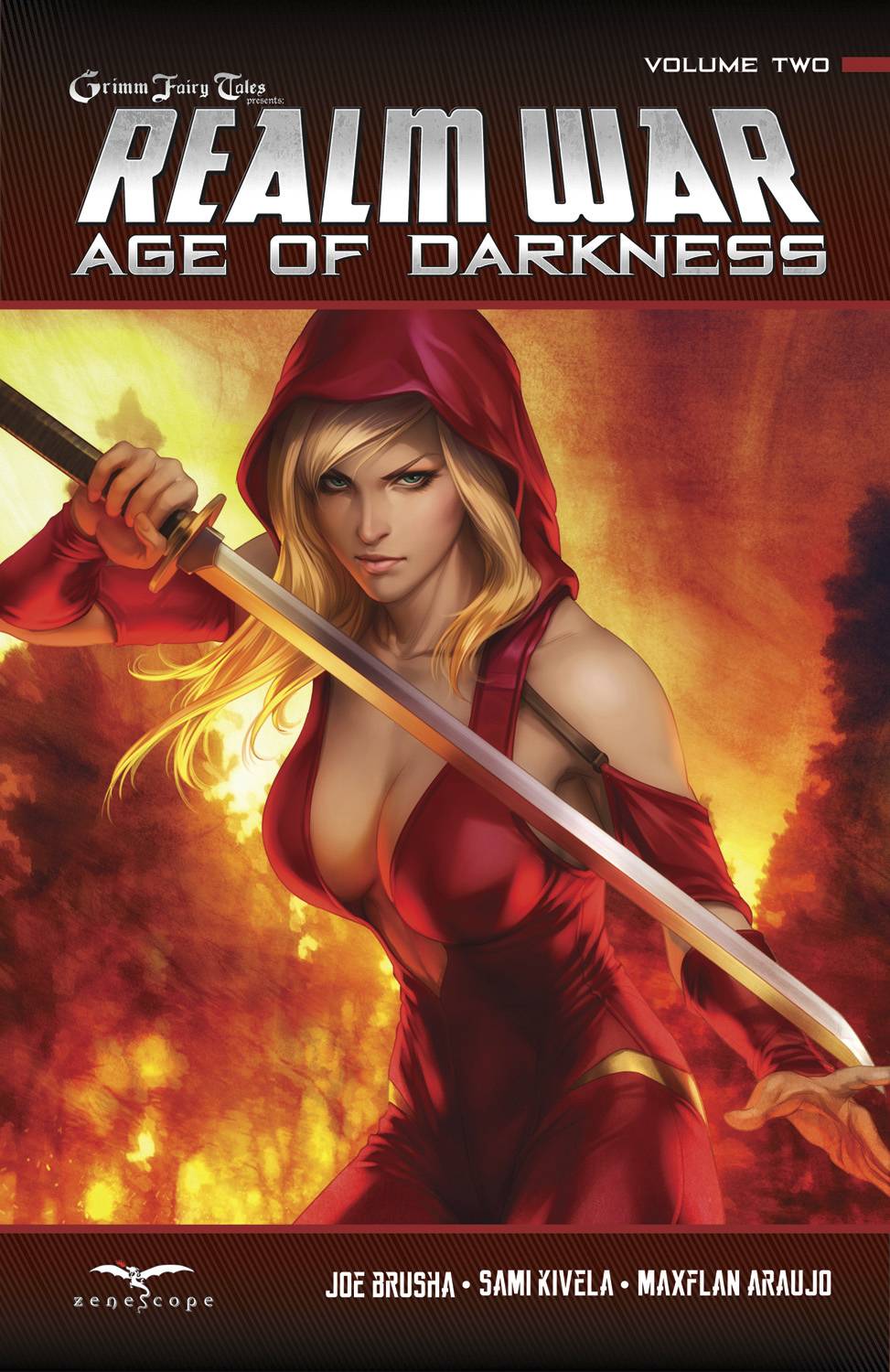 #
SEP151803
(W) Joe Brusha (A) Sami Kivela
Following the epic and shocking events of Grimm Fairy Tales #100, the Age of Darkness has descended upon the Grimm Universe!
The Dark Queen successfully merged Earth with the surrounding realms of Wonderland, Neverland, Oz, and Myst. She now rules over a frighteningly apocalyptic new world.
After dealing a crippling blow to the Realm Knights, the Dark Queen seems assured of her power. Despite such a defeat, Sela resolves to end the Dark Queen's brutal reign. She and what's left of her team seek out a weapon powerful enough to give them the advantage they need. But is it too little too late?
This Zenescope trade paperback collects issues 7 through 12 of Zenescope Entertainment's twelve issue Grimm Fairy Tales: Realm War series.
In Shops: Nov 25, 2015
SRP: $15.99
View All Items In This Series
ORDER WISH LIST