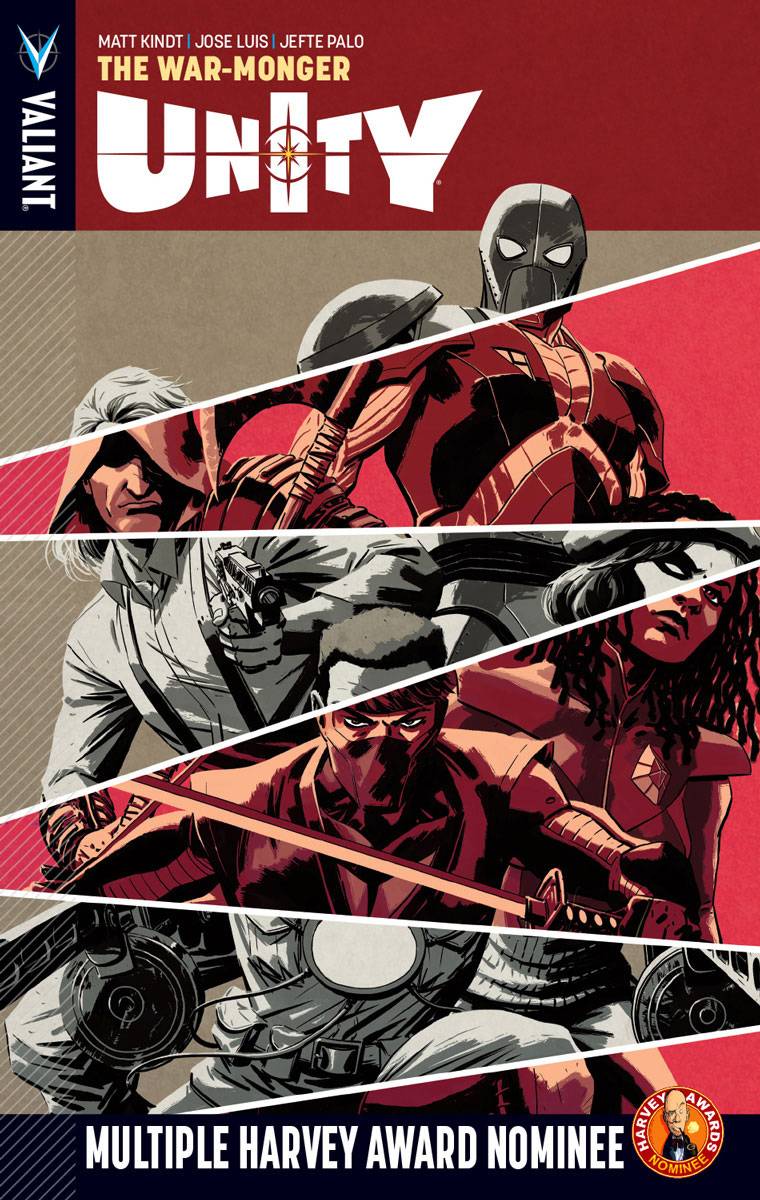 For thousands of years, the Eternal Warrior has waged battle; and for thousands of years, one spirit has vexed him...the spirit of warfare itself. Today, Gilad Anni-Padda and his teammates in Unity must reckon with a long - thought-forgotten enemy-unseen since Unit-Y faced it in Vietnam - now returned to bring destruction and death to the heroes once and for all. Unity may not survive the coming of War-Monger!

From New York Times best-selling writer Matt Kindt (DIVINITY) and red-hot artists Jose Luis and Jefte Palo, the unstoppable War-Monger tears a swath through the ranks of Unity right here in the next volume of the chart-topping series IGN calls "a big superhero book done right."