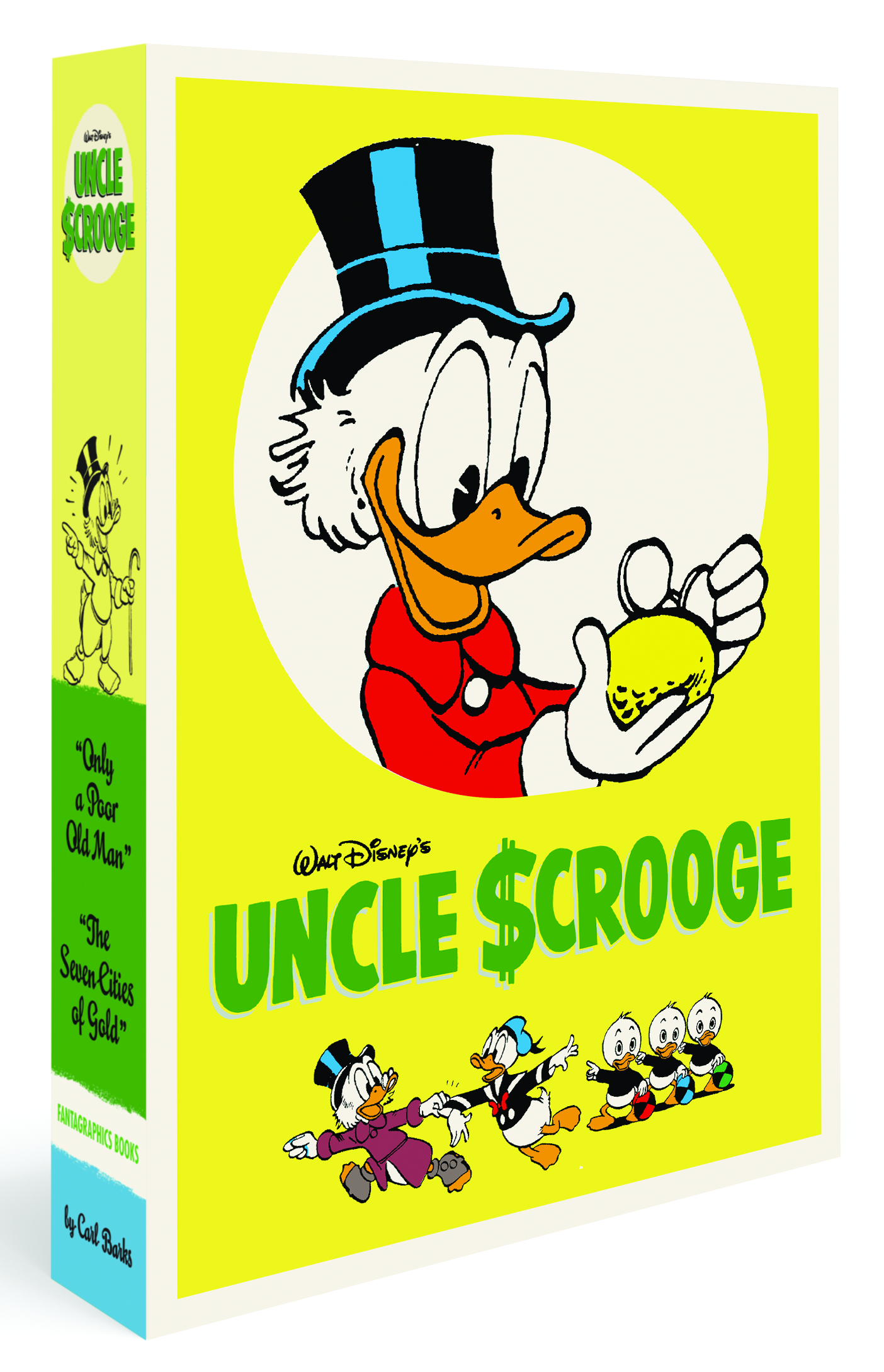 SEP151351
(W) Carl Barks (A/CA) Carl Barks
A double dose of the world's most adventurous duck and his hapless nephew! Walt Disney's Uncle Scrooge: "Only a Poor Old Man" and Walt Disney's Uncle Scrooge: "The Seven Cities of Gold" make up this special boxed set of two of our most popular Donald Duck albums to date, exquisitely re-presenting the Duck stories of Carl Barks, one of the most brilliant cartoonists of the 20th century. Handsomely presented in an attractive box set at a special price that Uncle Scrooge himself would approve.
In Shops: Nov 18, 2015
SRP: $49.99
ORDER WISH LIST