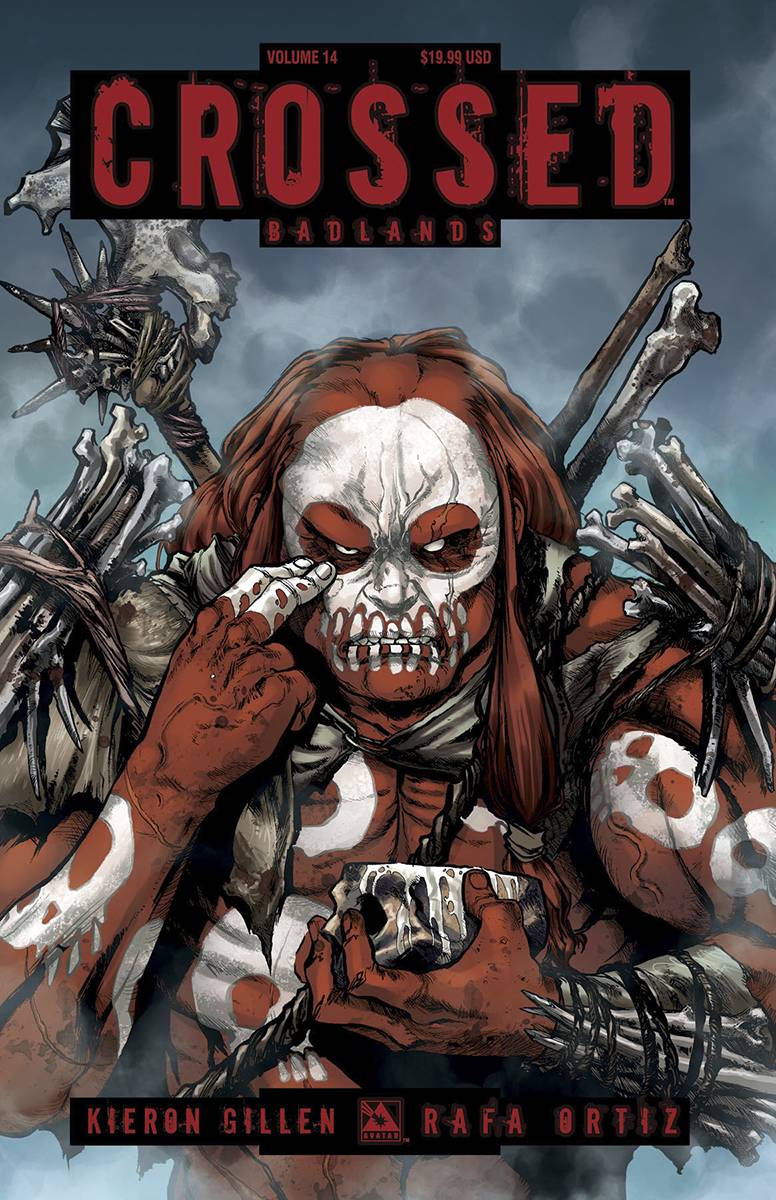 #
SEP151049
(W) Kieron Gillen (A) Rafa Ortiz (CA) Fernando Heinz
Spinning out of Crossed C-Day 2015, one of the hottest writers in all of comics makes his mark on Garth Ennis' world of uncensored terror! Kieron Gillen (Uber, The Wicked + The Divine) takes the horrors of the Crossed back to the ancient past where 75,000 years ago humanity came as close as it has ever come to being purged from the Earth. There were as few as 2000 humans remaining. This is historical fact. Why it came to this is generally blamed on super-volcano Toba causing a minor ice-age. But that's not the full story. That is not the history of the Homo Tortor, i.e. Man The Torturer. This empire before the beginning of time, that sends raiding parties gathering other Homo species and enormous mega-fauna, invented cruelty, refined domination, and perfected killing. And they think their power will last forever. There is no help, there is no hope. There is only the Crossed. This volume collects issues #75 - 80 of the ongoing Crossed: Badlands series.
In Shops: Nov 04, 2015
SRP: $19.99
View All Items In This Series
ORDER WISH LIST