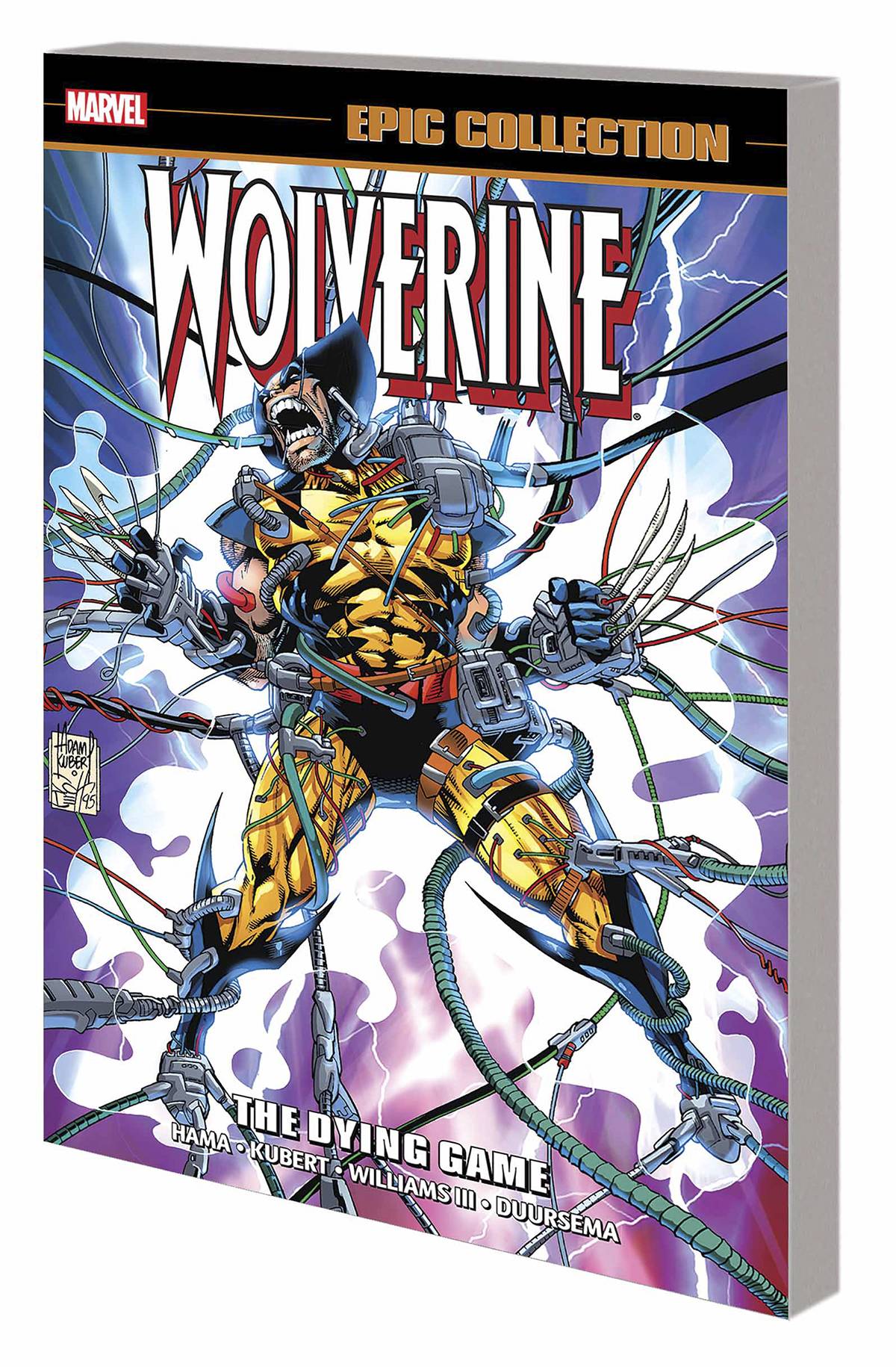 #
SEP150879
(W) Various (A) Various (CA) Adam Kubert
Logan succumbs to the beast within! Wolverine has lost his Adamantium skeleton, and his healing factor is on the fritz, but he's been coping fairly well. That ends now. The dark path that Logan's on is about to cost him his humanity - perhaps forever! As Wolverine heads home, team-ups with Gambit, Deadpool and Ghost Rider all lead to one of the greatest Wolverine/Sabretooth battles of all time - a clash of the titans from which neither escapes unscathed. In the unsettling aftermath, friends rally around Logan, hoping to keep him from succumbing to his animal side as he fights the N'Garai, the Juggernaut, Chimera and more with ever-increasing savagery. But all hope is lost when Wolverine is targeted by the heirs of Apocalypse: Genesis and the Dark Riders! Collecting WOLVERINE (1988) #87-100 and ANNUAL '95, and WOLVERINE: KNIGHT OF TERRA.
Rated T+
In Shops: Dec 02, 2015
SRP: $34.99
ORDER WISH LIST