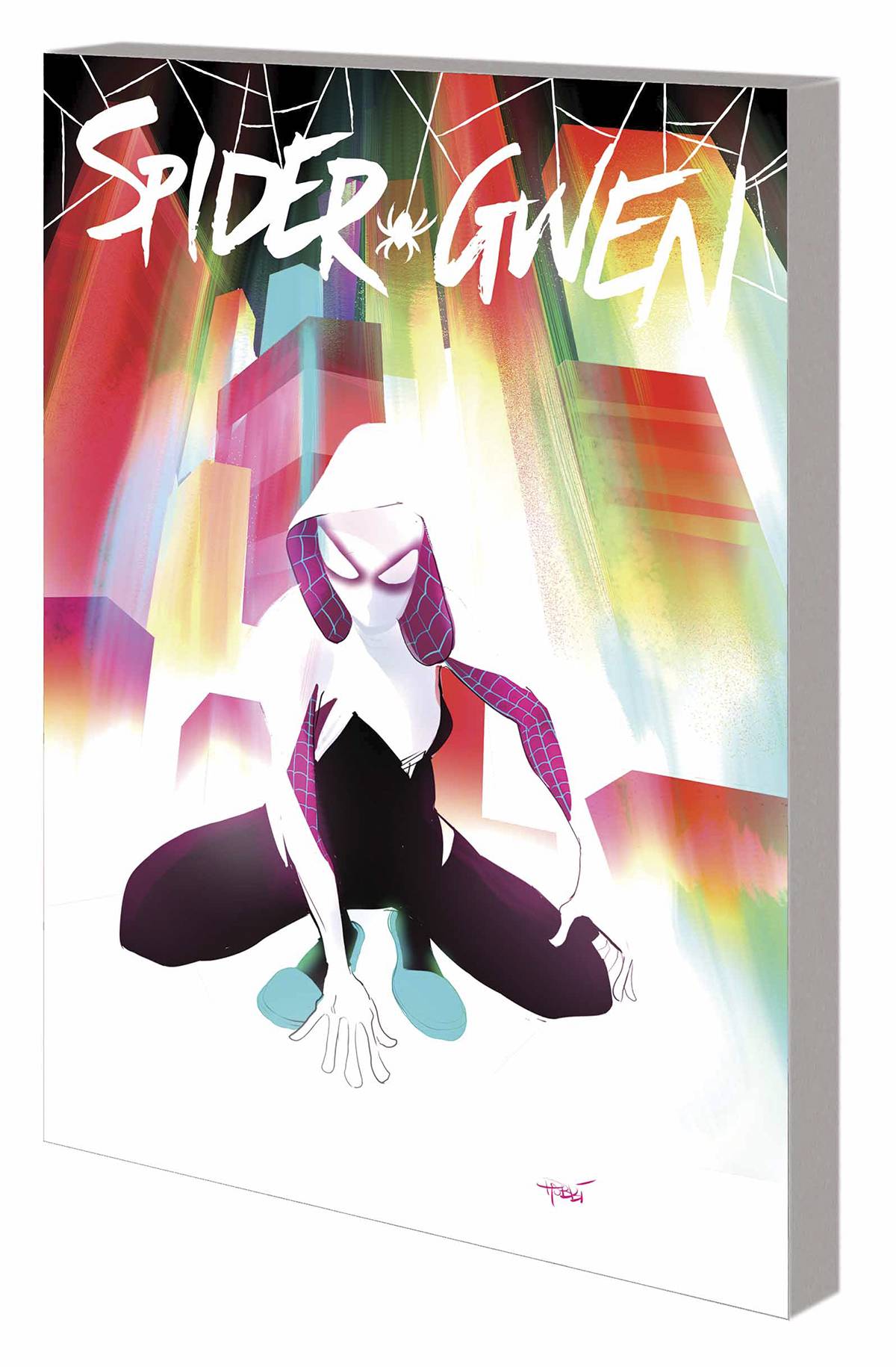 #
SEP150873
(W) Jason Latour (A/CA) Robbi Rodriguez
The breakout character hit of the year is Gwen Stacy: Spider-Woman! In one universe, it wasn't Peter Parker who was bitten by the radioactive spider, but Gwen Stacy! She's smart, charming and can lift a car - just don't tell her father the police chief! And now, in the wake of Spider-Verse, Gwen swings into her own solo adventures! And she soon finds herself between a rock and a hard place when the Vulture attacks, and NYPD Lieutenant Frank Castle sets his sights on bringing her down. Then, still haunted by Peter's death, Gwen visits his only family: Ben and May Parker. But what really happened the day Peter died? Find out right here as the spectacular Spider-Gwen steals not only the spotlight, but also the hearts of comic fans worldwide! Collecting EDGE OF SPIDER-VERSE #2 and SPIDER-GWEN #1-5.
Rated T+
In Shops: Nov 25, 2015
SRP: $16.99
View All Items In This Series
ORDER WISH LIST