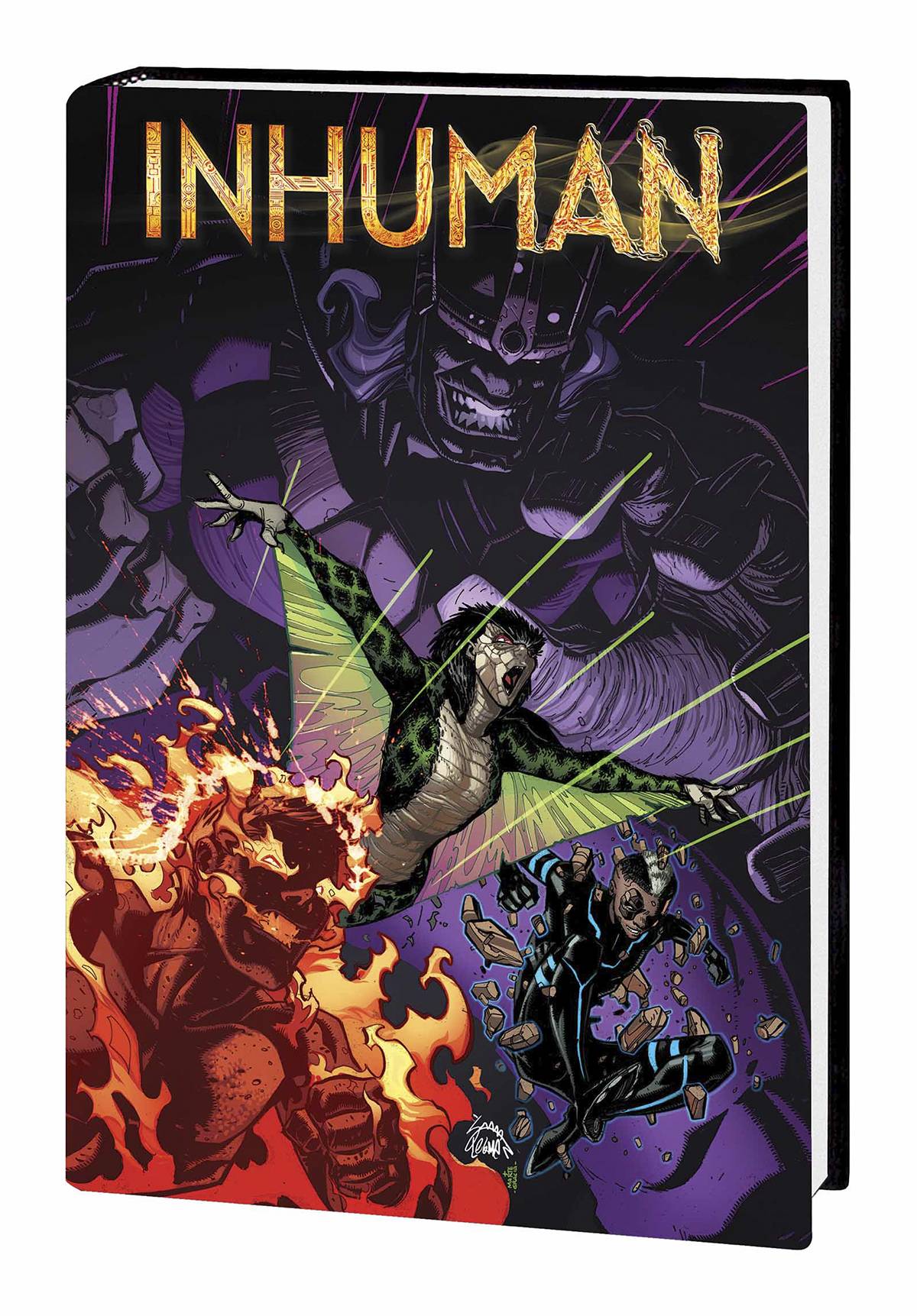 #
SEP150860
(W) Charles Soule (A) Various (CA) Ryan Stegman
Marvel's newest heroes are born! The Terrigen Mist spread worldwide, triggering latent genes and transforming normal people into Inhumans! But as the mysterious Lash takes an unwanted interest in the new Inhumans and the newly transformed Flint's world falls apart, Medusa finds herself ruling the Inhumans alone, her husband Black Bolt believed dead. When the Unspoken stages a coup, Flint and his fellow NuHumans must step up and embrace their destiny! Meanwhile, Black Bolt is alive, allied with his mad brother Maximus - but why? What is the Ennilux Corporation, and how does it affect the Inhumans' future? Lash continues his recruitment drive, but what is his true agenda? And the scheming Lineage, lurking in the background since the beginning, finally shows his hand. All the complex threads come together for a truly Inhuman climax! Collecting INHUMAN #1-14 and ANNUAL #1.
Rated T+
In Shops: Mar 02, 2016
SRP: $34.99
ORDER WISH LIST