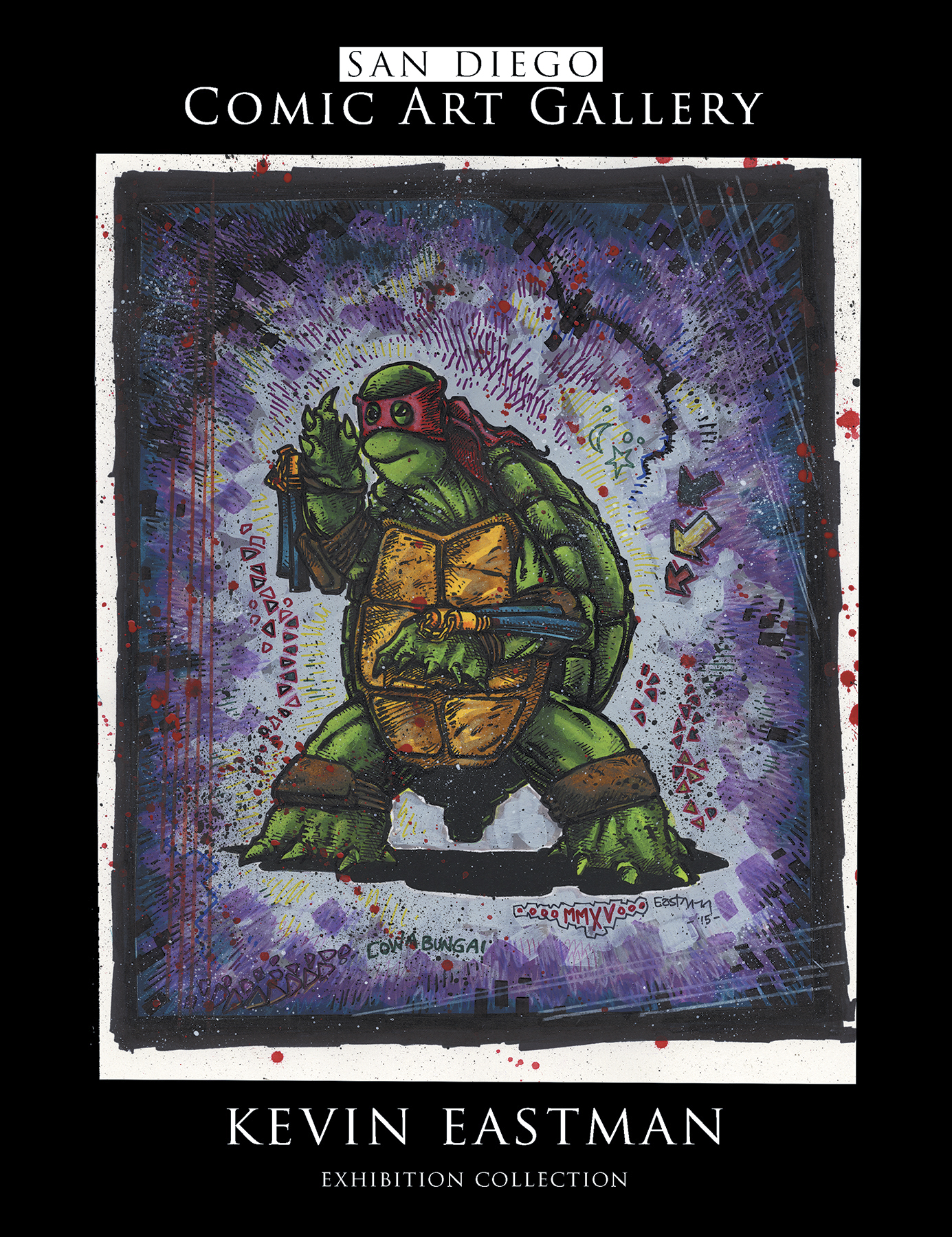 SEP150470
(A/CA) Kevin Eastman
The Teenage Mutant Ninja Turtles, one of the world's most popular and successful comic book creations, began with a single sketch drawn more than thirty years ago by co-creator Kevin Eastman.
The San Diego Comic Art Gallery and IDW Publishing have delved deep into the artist's own archives to create this inaugural exhibition celebrating Kevin Eastman's creative genius and his motto: "Imagination is the great adventure."
The assembled artworks and manuscripts include preliminaary drawings and finished art, illustrating Eastman's meticulous approach and dedication to his work, including his earliest sketches and most recent covers. Cowabunga, Dude!
In Shops: Feb 17, 2016
SRP: $24.99
ORDER WISH LIST