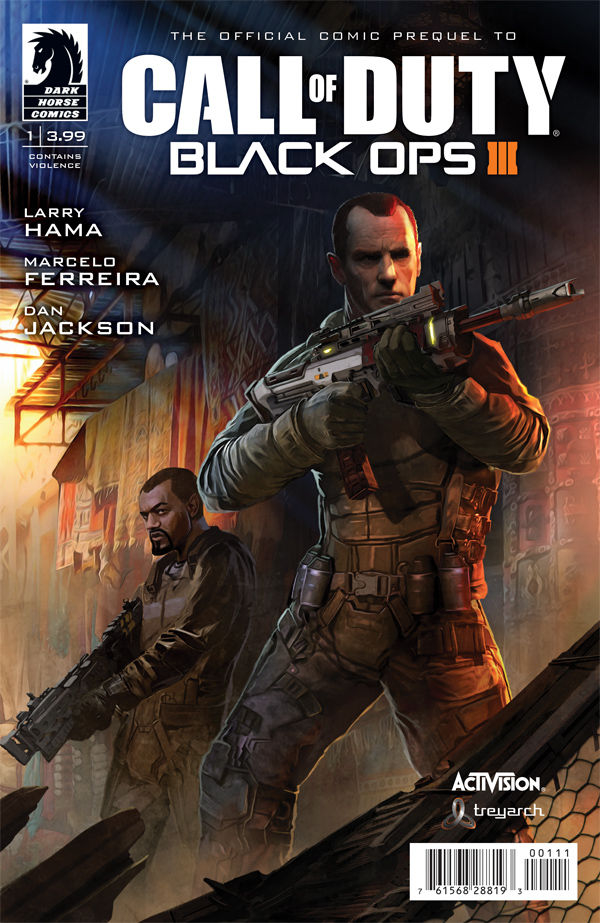 SEP150018
(W) Larry Hama (A) Marcelo Ferrerira (CA) Benjamin Carre
The hit game franchise comes to comics! A prequel to the highly anticipated game, the Call of Duty®: Black Ops III comic book series follows an elite group of soldiers as they wage a secret war across a futuristic, war-torn world transformed by technology. In the bullet-ridden first issue, the team infiltrates Tashkent, Uzbekistan, to take down a double agent . . . but as they close in, they uncover something much more sinister at hand.
In Shops: Nov 04, 2015
SRP: $3.99
View All Items In This Series