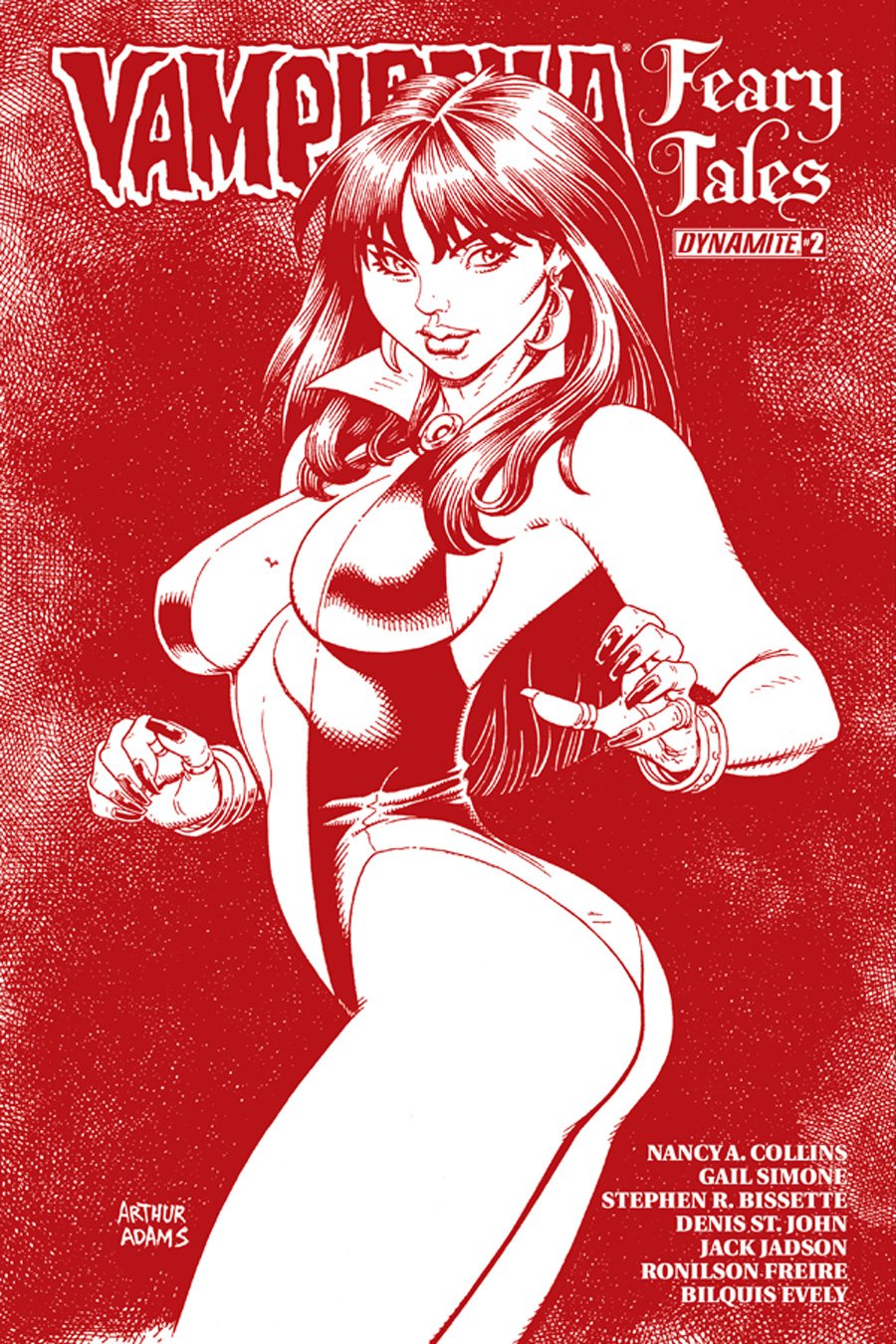 SEP148176
(W) Nancy A. Collins, Gail Simone, Stephen R. Bissette, Denis St. John (A) Jack Jadson, Ronilson Freire, Bilquis Evely (CA) Arthur Adams
Vampirella is still trapped in a mysterious dimension filled with twisted versions of classic children's stories. According to an unseen entity called The Storyteller, Vampirella's only hope of returning to her own world is if she lives out each chapter in the book of "Feary Tales" until she reaches the end. Vampirella finds herself cast as "Snow White" in a macabre re-imagining of the classic Betty Boop cartoon, written by Eisner & Jack Kirby award-winner Stephen R. Bissette (Saga of the Swamp Thing, Tyrant, Taboo) and Denis St. John (Monster Pie, Monsters & Girls: Amelia). Then Gail Simone (Red Sonja, Women of Dynamite, Wonder Woman, Batgirl, Secret Six) provides a fresh take on an old fishwife's tale when she sends Vampirella to a "Thirsty, Thirsty Town" in the Old West to find out whether or not Sailor Jim and his mermaid bride, Nala, really are living 'happily ever after'.
In Shops: Nov 19, 2014
SRP: PI
View All Items In This Series
ORDER WISH LIST